Skip to content
Home » Addison Rae: Before and After

It’s not easy to get famous on TikTok.

But if you look as gorgeous as Addison Rae, it tends to be easier.

The question is, did she get plastic surgery to gain that advantage?

We will do some comparisons on Addison’s face and body below.

Did Addison Rae have lip injections? 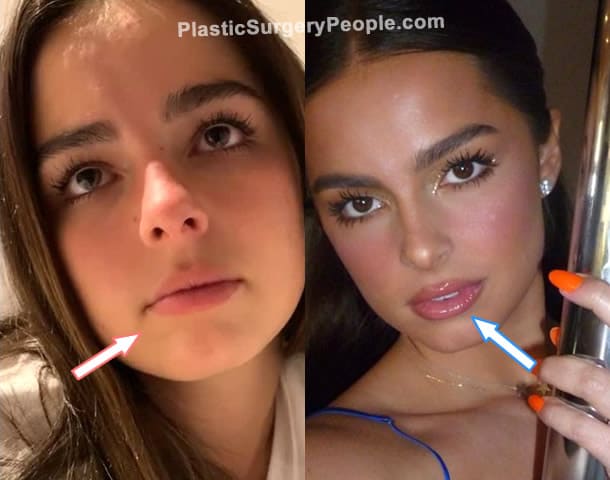 While Addison is into pouty lips, nothing crazy has ever happened.

I have never seen a swollen lips moment from her, and lip fillers tend to give those vibes.

From what I can see, it’s all makeup. Nothing else.

Has Addison Rae had a nose job?

Addison has a beautiful nose shape.

It would be a crime to change that with a nose job.

Every part of her nose including the nose bridge, tip and nostrils has stayed the same.

Did Addison Rae fix her teeth? 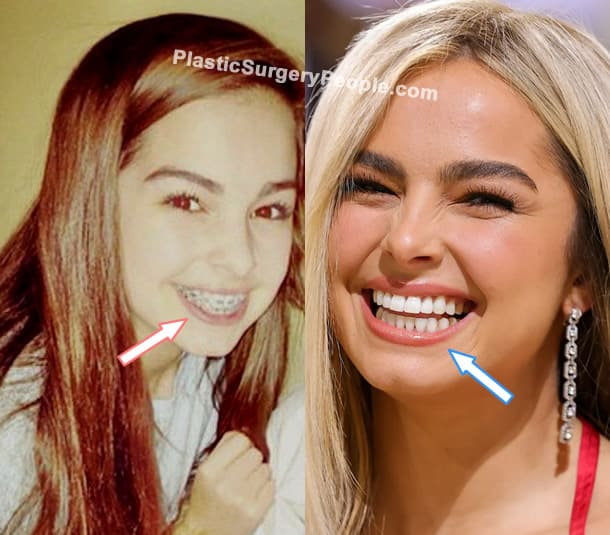 Addison revealed she had braces at a younger age and it gave her perfect straight teeth.

She did not have veneers and I believe her.

Did Addison Rae get a boob job? 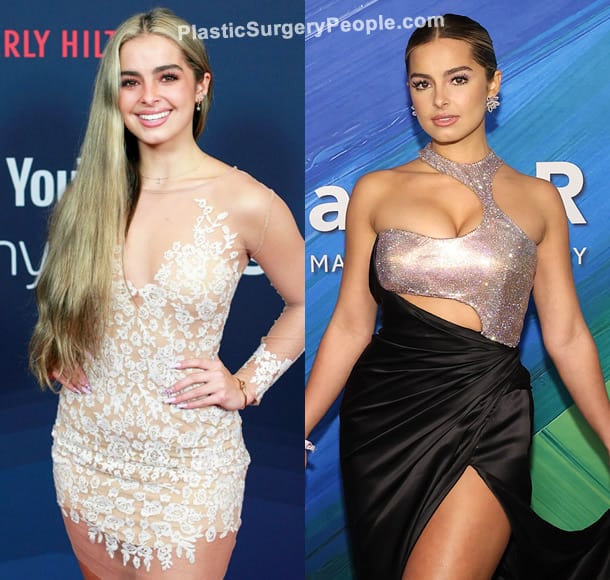 Addison’s boobs seem to follow her body weight and what she wears. Breast implants don’t do that.

When she puts on more pounds, her bust size seems to change accordingly. She also knows how to create a bustier look with her outfits.

So, I don’t think she had a boob job.

What about a butt lift? 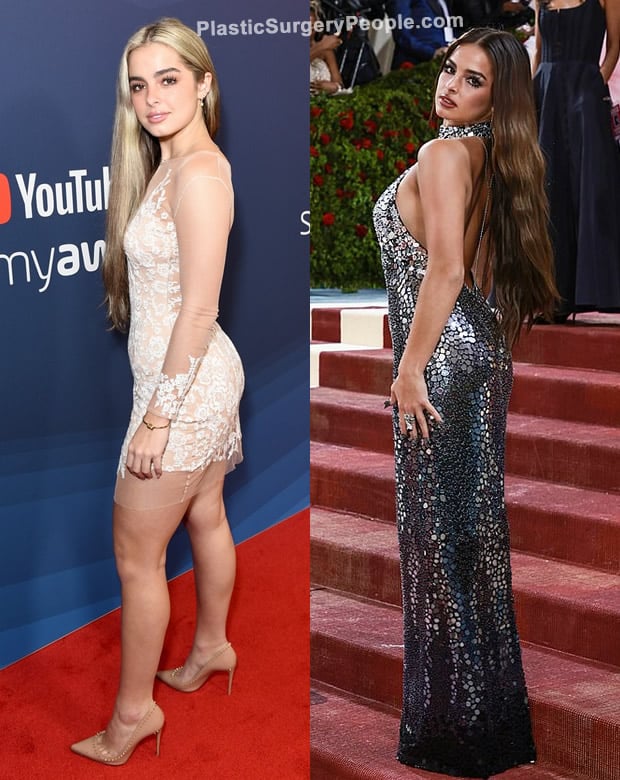 Addison can get meaty if she wants to.

That means any fat she puts on her buttocks can be converted into muscles.

The truth is, she does work out often.

So, she doesn’t need a butt lift to get those curves. She didn’t.

Addison Rae: Then and Now

Let’s see her transformation over the years.

What a cute smile!

She loved making funny faces and has never been camera shy.

Addison started uploading dance videos on TikTok in 2019 and gained millions of followers in a short time. She was 18 years old.

20-year-old Addison was invited to the Billboard Music Awards. She looks so glamorous!

By now, Addison is a regular at red carpet events like the Meta Gala.

She went with a busty blonde look that turned heads. Unsurprisingly, it also attracted some plastic surgery rumors.

As you can see, her clothing and pose can determine how her body looks for the camera.

Everything looks real to me.

I think Addison is a natural hottie.

Besides her braces, which most people DO NOT consider as cosmetic surgery, nothing else appeared to be fake.

Of course, the decision is yours.