Skip to content
Home » Zooey Deschanel: Before and After 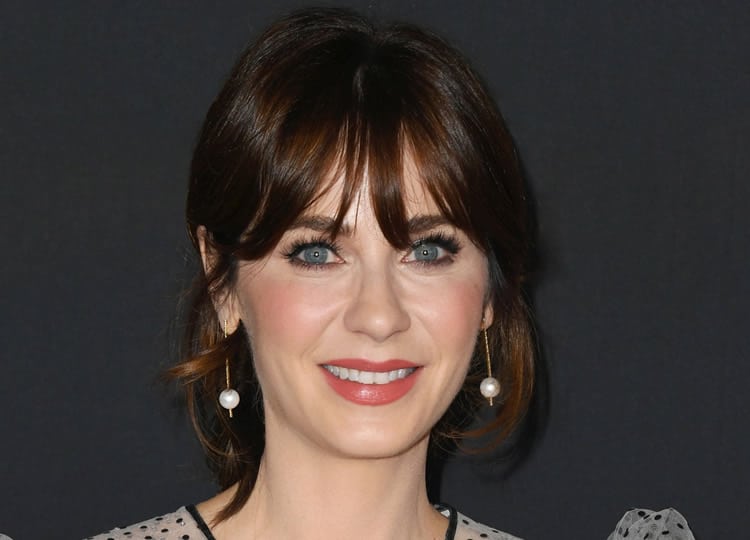 I have always found Zooey Deschanel to be very pretty.

But I’m noticing some “unnatural” changes to her appearance lately.

I’m smelling plastic surgery here but I can’t quite pin point it.

Not until I do this.

I have put together the following comparisons on the actress. Let’s find some answers.

Did Zooey Deschanel have a nose job? 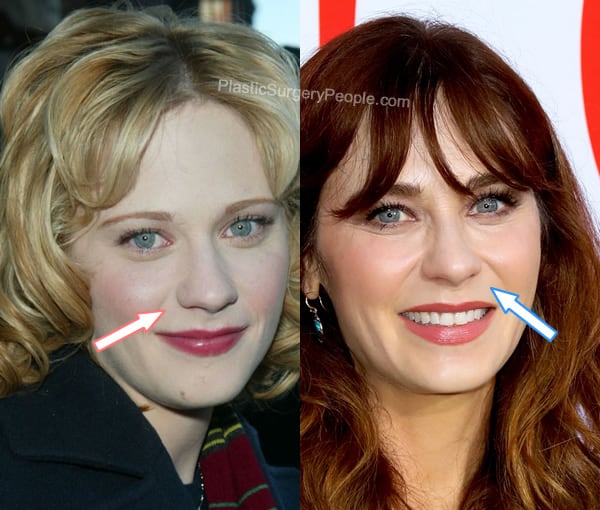 This was an easy one.

Zooey has a cute button nose shape. From this angle, her nose tip is actually quite bulky and that hasn’t changed. Her nose bridge also looks the same.

So, I’m sure Zooey did not have a nose job.

Has Zooey Deschanel had lip injections? 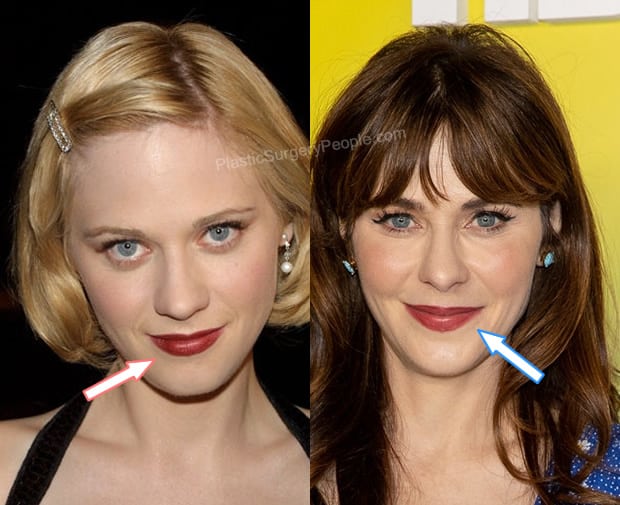 Zooey’s lips look very similar compared to her early acting days. The shape and thickness also looks natural to me.

So, lip fillers are clearly not her thing.

Did Zooey Deschanel get botox? 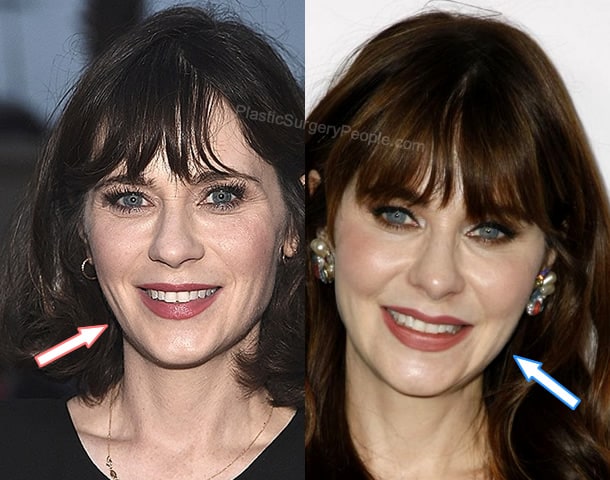 This is where things got interesting.

I’m seeing extra volume around Zooey’s cheekbones which wasn’t there before.

Her face cheeks actually looks a little puffy. The wrinkles around her lower jawline have faded and there is a stiffness to her smile too.

This is a good indication of botox and I think Zooey might be a fan.

Has Zooey Deschanel had a boob job? 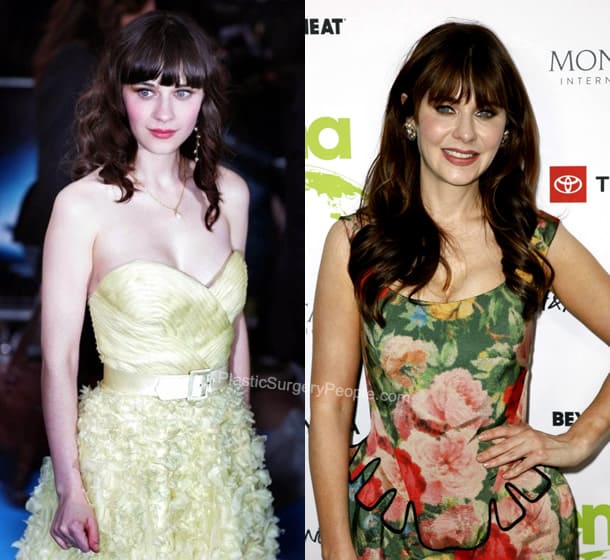 It’s no secret that Zooey has a great body.

But the thought of her having fake breast implants never really crossed my mind.

The truth is, her boobs weren’t small even when she debuted at 19.

So, I believe they are real.

Did Zooey have work done to her teeth? 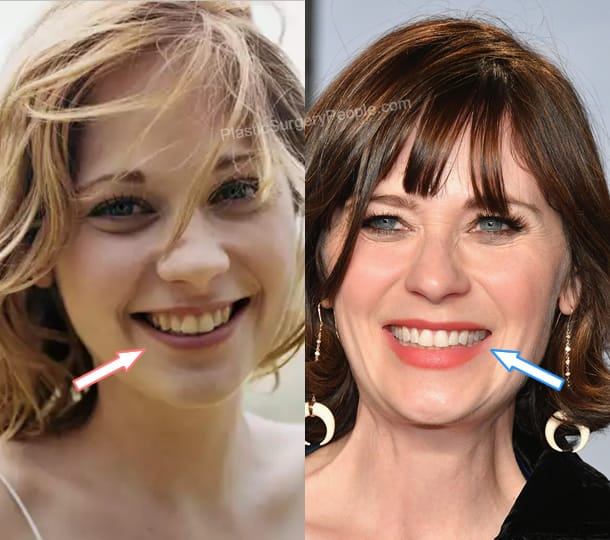 Zooey has nice teeth but there are no evidence of her having braces or veneers.

She might have got some whitening done and that’s about it.

Let’s see how Zooey’s image has evolved over the years.

Well, it looks like Zooey wasn’t exactly the girly type during her youth.

What a big change!

Zooey has grown into a beautiful young lady. I’m guessing she was 16 and couldn’t possibly have undergone plastic surgery. It’s all natural, guys!

This was the year Zooey made her movie debut, at the age of 19.

Does anyone still want to question her bust size?

By 2003, Zooey had earned her first leading film role and this was one of her few blonde looks.

As you can imagine, those bangs have become her signature style for many years to come.

At 34, the actress is looking as youthful as ever!

I’m finally seeing lines on Zooey’s face and I’m sure it caught her attention.

I have a feeling that Zooey started getting facial fillers in 2021, but it became more obvious in 2022. Her face looks a bit swollen here.

There is nothing fake on her body.

The place where Zooey most likely had cosmetic surgery is her face. I just can’t explain her renewed appearance.

Regardless, she still looks amazing and we can’t wait to see her back on screen!