Skip to content
Home » Chris Pine: Before and After 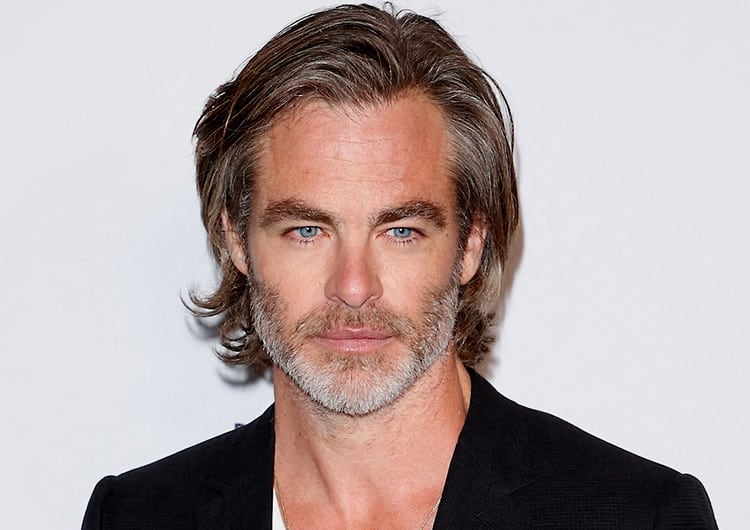 I think Chris Pine is one of the most handsome Hollywood stars.

But nobody can defy aging and his latest appearance in ‘Wonder Woman’ and ‘The Contractor’ had plastic surgery written over it.

So, we would like to get to the bottom of it.

Let’s start with these comparisons.

Did Chris Pine have botox? 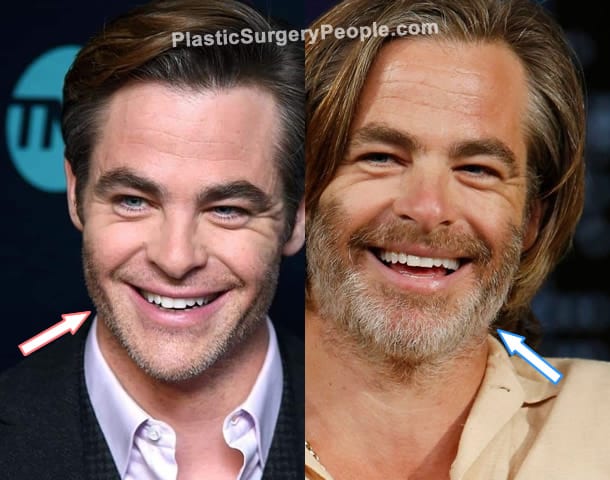 I don’t think he did.

Botox is quite visible when a person smiles and Chris is showing no signs of it here.

The wrinkles around his eyes, face cheeks and forehead looks similar.

No needles as far as I’m concerned.

Did Chris Pine get a facelift? 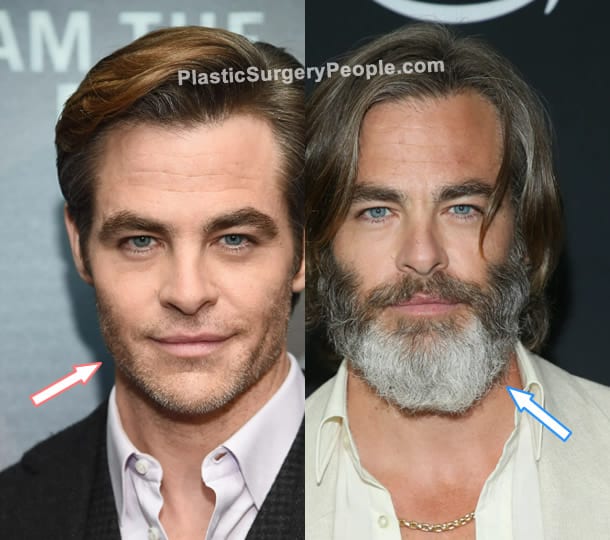 Chris grew a beard all of a sudden and I haven’t seen any of his new movie role that required one.

So, I’m sensing that he might be using the beard to hide his facelift scar.

Has Chris Pine had a nose job? 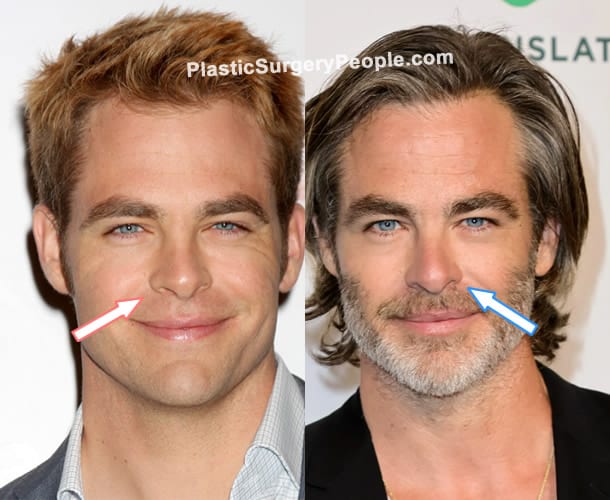 I can’t see any changes to Chris’ nose.

Both of his nose bridge and tip looks exactly the same in these pictures.

So, I don’t believe Chris got a nose job.

Did Chris Pine have hair transplant? 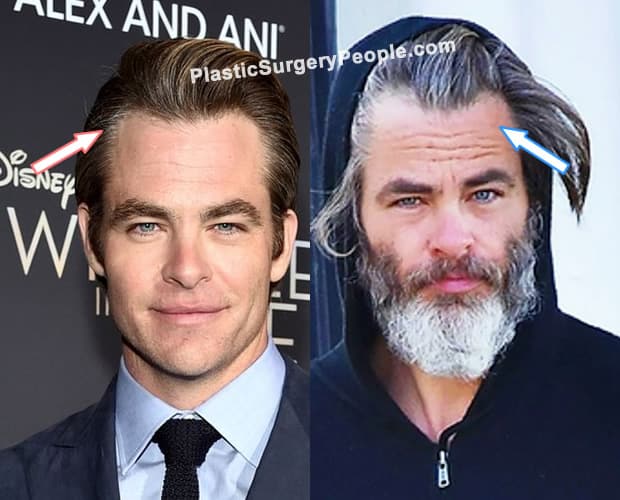 It’s clear that Chris is experiencing hair loss, particularly around the edges of his forehead.

The receding hairline seems to have gotten worst too.

This is enough for me to dismiss any hair transplant claims.

For now, Chris doesn’t appear to have touched cosmetic surgery but it’s clear that the actor is not getting any younger.

So, we will keep an eye on him and will update if we spot anything in the near future.