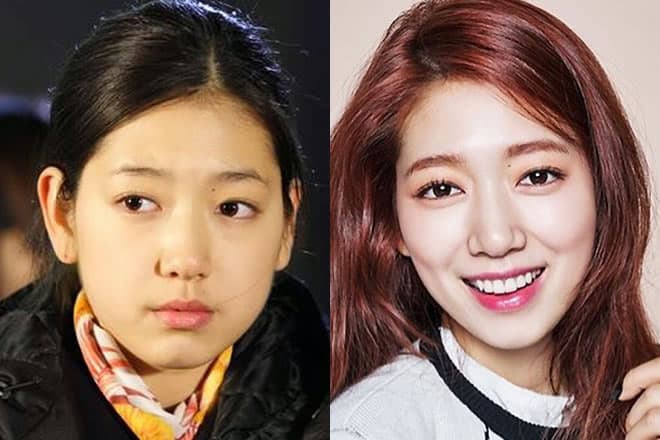 Park Shin Hye is a beautiful South Korean actress and singer who’s been under a lot of scrutinies due to her natural looks. Being in the capital of plastic surgery, it’s not often we get to see a star who hasn’t visited a cosmetic surgeon.

As she gained popularity both domestically and internationally, people began to judge her appearance. Some said that she’s had a rhinoplasty, while others think she’s had her jawbone chiseled.

Being a celeb in Korea, this is nothing new to Shin Hye but are these rumors real or fake?

We’re going to find out today!

While we all know that Park Shin-Hye is a gorgeous woman inside out, it’s just good to know whether her beauty is the work of nature (meaning her parent’s genes) or artificially helped by plastic surgeons. To do so, we’ll check out some of her past and present photos, and then compare it with the pics before she became a Korean celebrity. 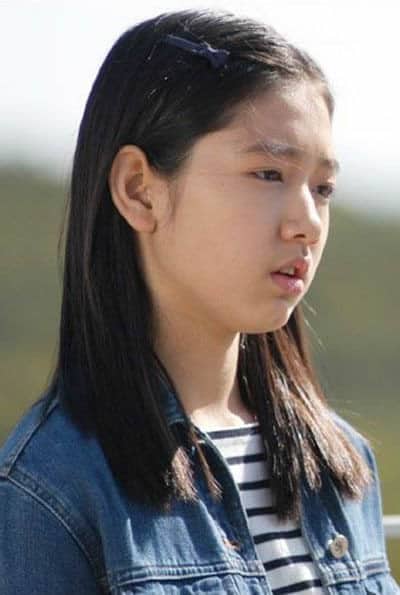 At just 13 years of age, Park Shin Hye began her acting career starring in a melodramas, Stairway To Heaven. Although she was very young back then, her facial features were very similar to how it is today. 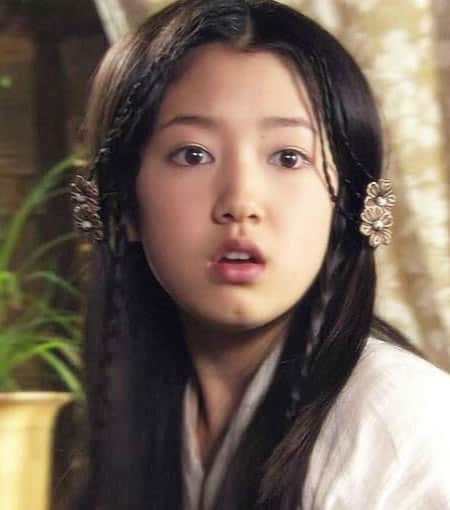 Since getting her name out there, Park Shin Hye continued to pursue her TV career co-starring in a number of other Korean dramas including “Cute or Crazy” and “One Fine Day” for the SBS and MBC network.

She was born with a double eyelid so it doesn’t look like she needs any eyelid surgery. Her jawline, however, appears to be fairly wide but it could be the baby fat on her face cheeks that is occupying those areas. Also, there is a dimple on her chin so we’ll keep a close eye on this section also. 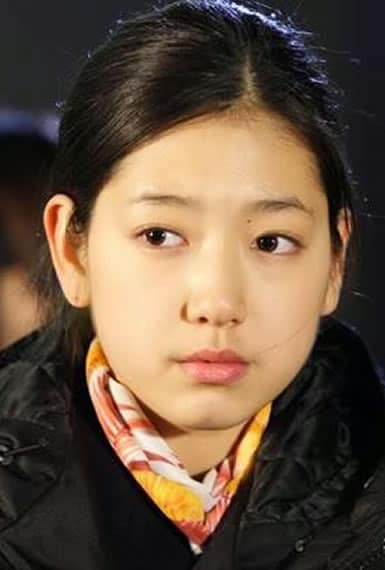 Park received enormous praise for her performance in “Tree of Heaven” in 2006 and the series was also aired in Japan, earning her more recognition from overseas. Even though her mouth shape is small, but her lips are quite plump for an Asian, so at least we know she won’t be needing any lip injections in her lifetime. 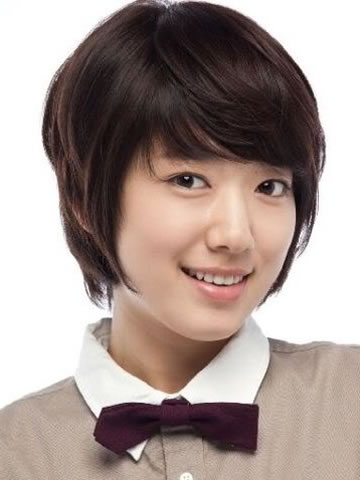 Her nose bridge is quite large for her face.

Park Shin Hye became mainstream when she starred in the hit Korean drama, “You’re Beautiful”. Playing the role of Go Mi Nyeo, who had to takeover her twin brother’s identity, Go Ni Nam, to cover the period where he had to correct his botched plastic surgery, Park rocked with this unique short hair style and without makeup.

At 19 years of age, her face structure has almost settled and it seems her nose has grown a bit in size too. 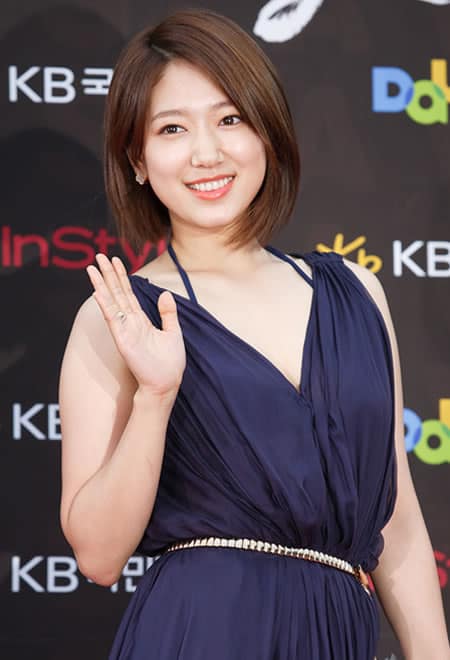 Here she is at the 47th Paeksang Arts Awards, Shin Hye seemed to have put on some weight here. Her face cheeks look much fuller, but we don’t think it has anything to do with cheek fillers. Her arms looked quite meaty but still looks very gorgeous in this deep V purple dress.

Another thing we noticed is that her chin dimple appears to have been removed. This could have been done via a chin dimple removal surgery where fillers are added to fill the void using fat grafting or allogeneic dermis. 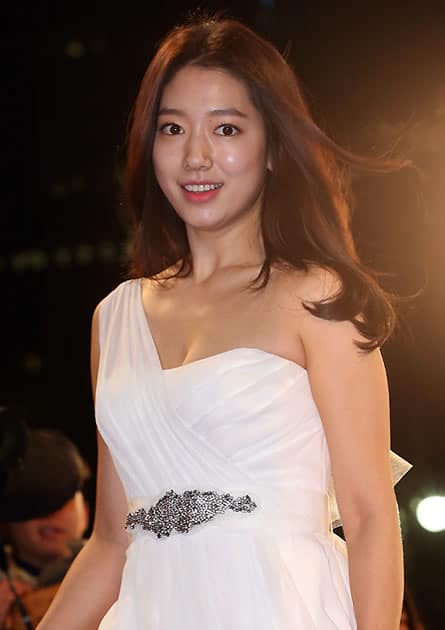 She is absolutely rocking it at the 2012 KBS Drama Awards where she won the Best One-Act Special Actress Award. Stunning, stylish, elegant are the best words to describe her as she walked on stage wearing this beautiful white dress.

Her bust size appears to be bigger too, so could this be signs of a breast augmentation or simply a push-up effect? Regardless…she still loooooks so hot! 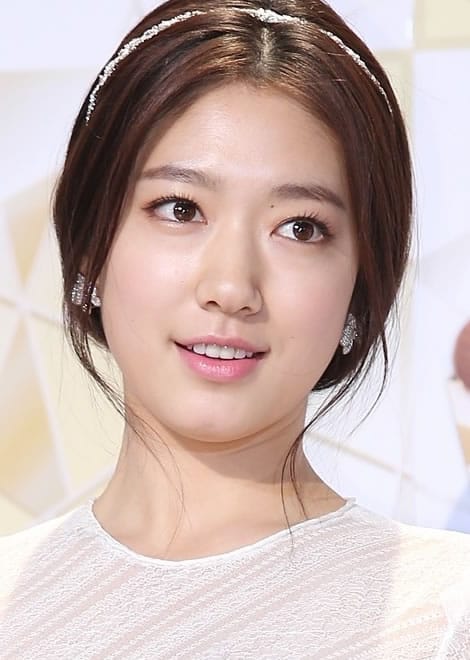 Here’s a close-up shot of her face contour and we must admit Park has grown into a very beautiful Korean woman. She has nice eyebrows, big eyes and because she’s lost some weight, this has reflected on her oval face shape. In fact, it even made her chin look sharper.

Also, her nose bridge appears to have been altered here which gave her overall nose shape a much smoother appearance. Now, this might’ve been a minor nose job or it could have been the makeup effect. 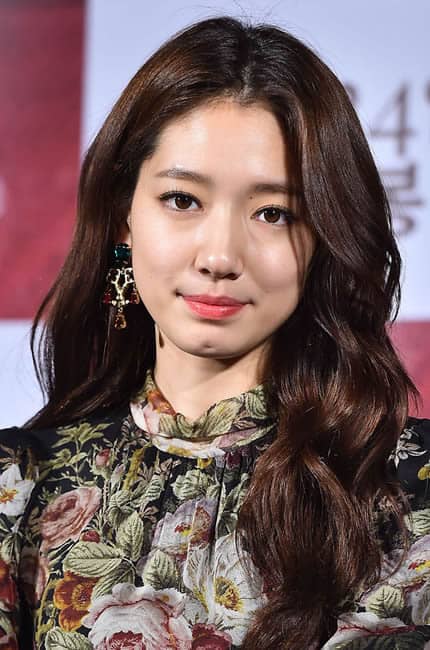 Ok, we have a confession to make! It appears we were WRONG when we said that Park might’ve had a chin surgery to remove her dimple. As you can see from the 2014 picture above, her chin dimple was still clearly visible. So no, there was no cosmetic enhancement done to her chin.

In confessing that, it still doesn’t take away our suspicions that she could’ve had a nose job. Her nose bridge just seems more refined than it was before. But hey…we could be wrong, again! 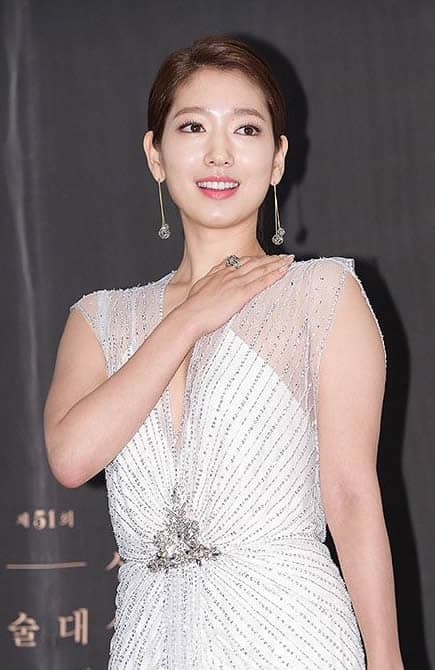 Did she put on weight again?

It seems Park Shin Hye is the type of female who can easily gain weight. She looked a little fat here in this foto and there was nowhere to hide in this lace outfit. Just look at her upper arm and if she keeps going that way, she might need liposuction soon to put her back in shape. 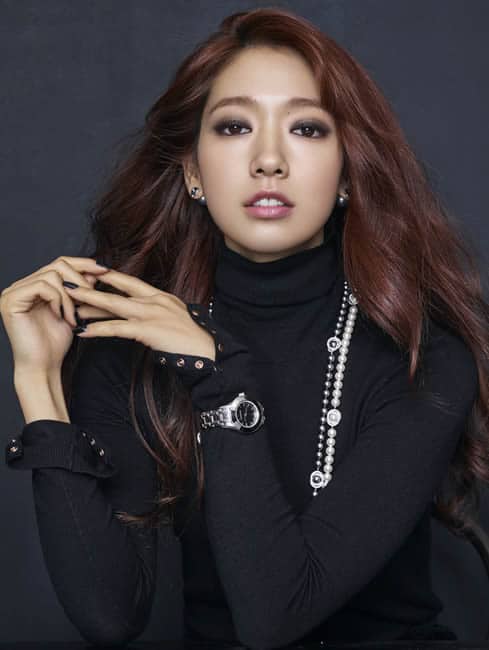 Another wonderful year for Park Shin Hye as she was chosen to become the ambassador for the popular Austrian crystal jewelry brand, Swarovski. She looks so fit in this photo so you’d have to wonder what she’s been doing behind the scene. Was it workout, good diet, or something else that starts with P? 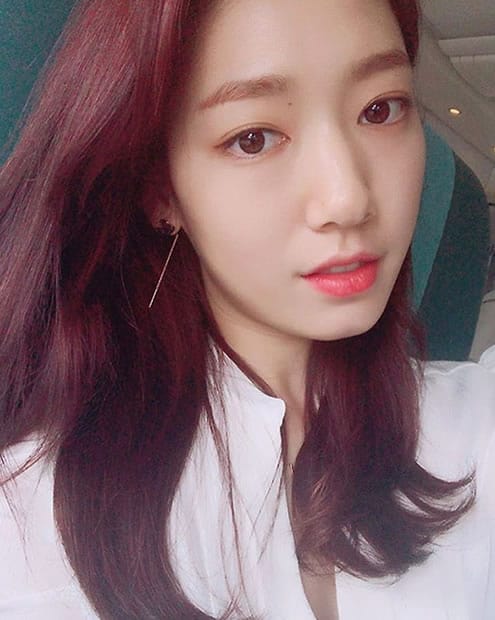 Here a selfie was taken by the pretty actress while she was on her way to Hong Kong for her 2017 Asia Tour for “Flower of Angel”. Her skin looks so fair, white and tight. You’d have to wonder how much facial she applies to her face every night to achieve this effect.

Ok, we know someone is gonna say facelift or Botox injections, and we hear you. But she’s just 27 years old so we highly doubt she’s even touched any of those procedures…although we can never say never, especially in the near future.

Park Shin Hye Before and After

After analyzing her past and present images, there isn’t much evidence to suggest that Park Shin Hye has had cosmetic surgeries. Even though her nose and face shape appeared subtly different in some instances, but these features might’ve changed while she was growing up.

She’s also been known to put weight on and off quite easily compared to other Korean celebrities. This might have been the reason behind all the speculations surrounding her nose shape and jawline structure.

So we’ll leave the decision for you…

Has she had any work done to her nose?

Can you see any other beauty enhancement that we might have missed?

Let us know below…