Skip to content
Home » Kiko Mizuhara – Top 3 Cosmetic Procedures She May Have Done! 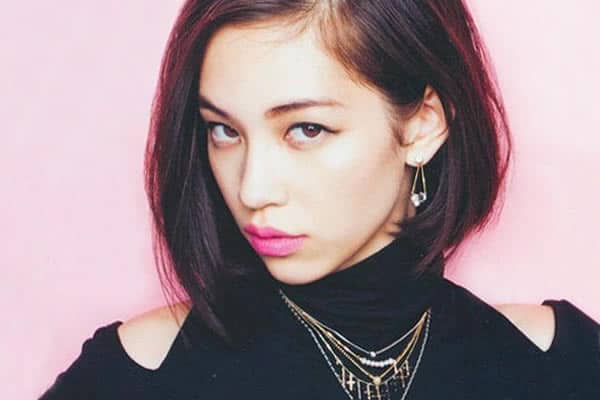 It’s not often that you’ll see a “mixed raced” making it onto the big stage in the entertainment industry of Japan. Kiko Mizuhara is definitely one of those rare breeds who happens to have an American father and a Japanese mother who’s heritage is in fact, Korean.

So you can pretty much say that Kiko is a mixture of Korean, Jap, and American.

She was born in Dallas, Texas in the United States before moving to Japan with her family at the young age of 2. Kiko won an audition for a Japanese magazine in 2003 before advancing her career in professional modeling in 2007.

Her career started taking off in 2014 when she became a regular model for Tokyo Girls Collection and she even featured in a number of movies and TV dramas. That’s when people started noticing subtle changes in Kiko’s image. This lead to several speculations as to whether Kiko had pursued cosmetic surgery to further enhance her looks.

And this is exactly where we come in, to find evidence for our readers…so that they can decide whether some of these are merely fake news or the real deal. Let’s take a quick look.

As you probably know, we here at PSP believe that a picture is worth a thousand words. That’s why we always try our best to find photos that’ll give us prove whether Kiko had any cosmetic procedures done.

1) Kiko May Have Had a Nose Job

If you look at the ‘before’ photo on the left, you’ll clearly see that Kiko had a flat nose when she was younger. Her nose bridge or the nasal bone wasn’t visible. She also appeared to have a wider ala, which are the tissues next to the nostril.

Now compare that to the ‘after’ photo and you can see that her nose shape has somehow changed. The nasal is now clearly visible and the nose tip appears to be more pointy, which really tells us that she could very well have had some rhinoplasty work done to her hose. 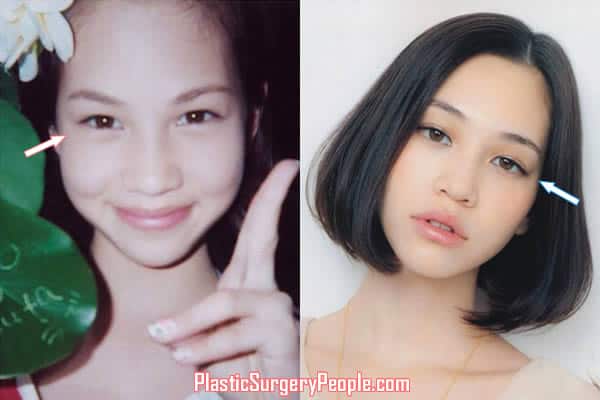 The top left photo is when Kiko was at a young age, possibly early teens. Her eye shape was different back then and that’s because if you look closely, she didn’t have a double eyelid. Now look at the right pic, and that should be enough evidence to suggest that Kiko has gone through an eyelid surgery (or Blepharoplasty) at a relatively young age.

3) Did She Have A Cheek Or Jawline Reduction? 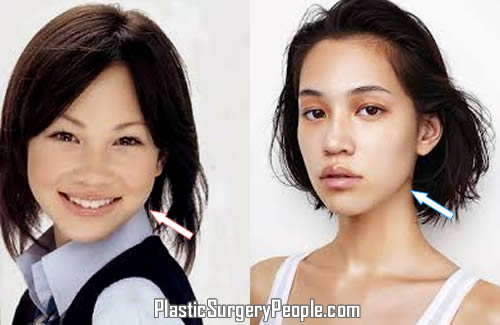 As you can see, Kiko’s cheek and jaw appear to be wider before, but now it seems to have been reshaped or reduced. So this could be an indication that she may have done some type of cheek reduction surgery.

Even though some may argue that she simply grew older as a woman can change quite a bit once they matured. Perhaps it could be an effect from her makeup too? But in this case, she clearly wasn’t wearing any makeups and the fact that they had 2 completely different face shapes, so we’re not sure how one can even have a proper debate about it.

Do You Think Kiko Has Had Plastic Surgery?

Make no mistakes, Kiko was already a beautiful girl since young and has grown into a really fine sexy lady while working for numerous magazine covers such as Vogue, Nylon, Vivi, GQ and more.

She even became an actress co-starring in a number of films such as Norwegian Wood, Attack on the Titan and in the Japanese drama Kokoro ga Pokitto ne (Crazy For Me).

But as they say, the more successful you are, the more people will start noticing your looks and if they can find the slightest changes to your face or body, you’ll be in for some plastic surgery rumors.

That’s why we decided to look for evidence in the hope of either debunking those rumors or prove them otherwise. In the process, we found the top 3 proof that may suggest that she’s had some procedures done.

In saying that, Kiko has never come out and admitted to any of these rumors, so we’ll let her fans be the judge.