Skip to content
Home » Christie Brinkley: Before and After 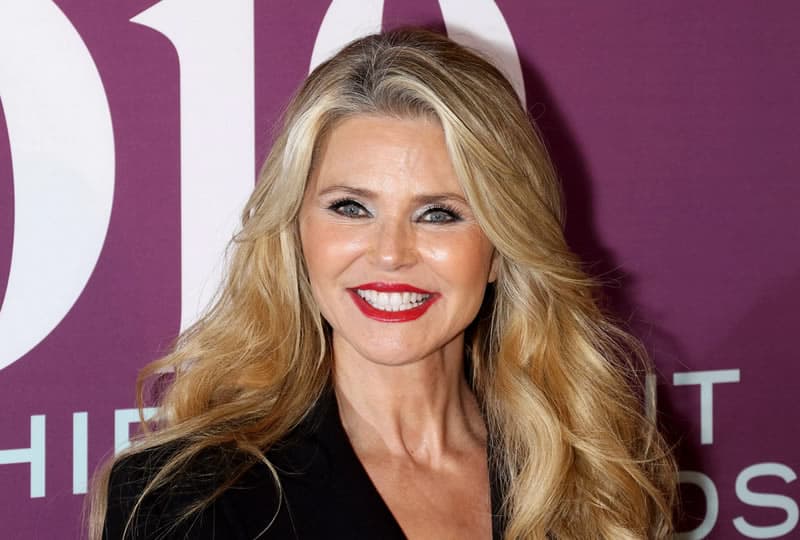 Did you know that 47 years ago, top model Christie Brinkley was first discovered by a professional photographer in Paris?

Yes, it’s been a long time but she still looks absolutely gorgeous. For some reason, this classic American model hasn’t aged much.

While her own skincare range has definitely helped, I can’t help but wonder whether plastic surgery played a role too.

In order to find out if Christie had any cosmetic enhancements, I will go through some of her past and present pictures before she became a top model.

Since discovered by Eileen Ford Modeling Agency, Christie was immediately booked for three national advertising campaigns. At 22 years of age, she was living the American dream, all thanks to her beautiful face and slender body.

I’m sure her healthy tan skin won her many beach photoshoots too.

Christie was the first international model who’s appeared on the front cover of Sports Illustrated magazine for three consecutive years in a roll, featuring in the 1979, 1980, and 1981 issues.

You can see that her upper body was quite flat back then.

In other words, she didn’t have big boobs.

Christie appeared in her very first film, National Lampoon’s Vacation, back in 1983 as the hot girl driving in a red Ferrari.

One of her most distinctive features is her beautiful face shape.

Throughout the 80s and 90s, Christie dominated the front covers of many large publications and magazines.

Ok people, this is the first money shot right here!

Her breasts suddenly look much bigger so I’m suspecting her of having breast implants around the 90s. Can you blame me?

At 46 years of age, this woman is truly dazzling. She has beautiful radiant skin on both her face and body.

Seriously, I will be over the moon if I can look this good when I’m 50 years old. I guess there’s a reason why she’s a supermodel and I’m not.

Although Christie has been married 4 times, her much publicized 2008 divorce case with architect Peter Cook took the most out of her.

The stress was clearly showing on her face, especially the wrinkles around her forehead.

Can you believe this woman is 58?

Let’s ignore her lavish eyelashes, wavy blonde, red hot lips, and focus on her silky smooth skin. Yes, everything looks tightened so I wouldn’t be surprised if she had a facelift. Would you?

Those crows feet around her eyes also starting to betray her. I guess when you’re 62, there’s only so much that fillers can do. In saying that, she still looks amazing!

At 66 years old, I don’t think the model has anything to complain about.

What Did Christie Say About Cosmetic Surgery?

Back in 2015, Brinkley shared an article with Dailymail explaining how difficult it was for her to look good at 61. She’s also admitted to undergoing anti-aging procedures including Botox, laser, and other skin tightening treatments.

She also shared her experience with having neuromodulators such as Xeomin or Dysport injected into her forehead and neck.

Having Botox injected into my forehead was a disaster. Looking back, I don’t even know why I bothered. Instead of making me look serene and relaxed, Botox took the arch out of my eyebrows and made me look sad. My face lacked expression and I couldn’t wait for the effects to wear off. I never tried it again in my forehead.

After seeing vertical bands in her neck, her doctor recommended injecting small amounts into the strings around her neck.

It worked wonders to relax those muscles and it also tightened my double chin area and jawline. The best part is that you don’t have to worry about any expression being lost or changed.

In another interview with People, Christine explained how these procedures has been helping her look good and feel great.

But I’m almost 64. At a certain point, you might need a little something extra. When I look in the mirror, I want to feel like I look as good as I feel. And if you can have something done to feel more confident and better about yourself, then you feel like your face matches your spirit—and my spirit is enthusiastic and energetic.

At the same time, Christie is worry that people might think she’s a hypocrite since she’s running a skincare company.

I wondered if people would think I’m phony and fake, but it’s better to be honest and say, ‘Yeah, this is what I do.’