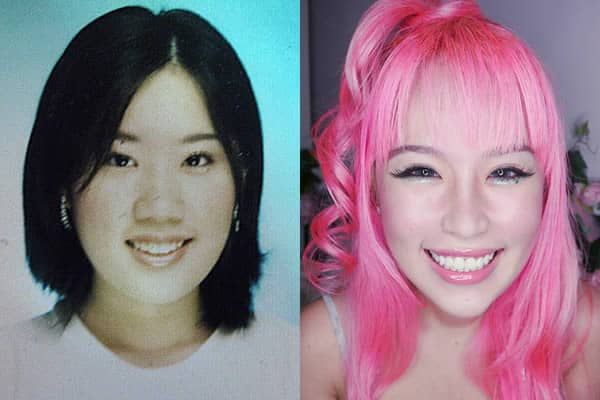 Her real name is Wendy Cheng Yan Yan and she’s a famous blogger in Singapore. On her blog, she goes by the name of “Xiaxue”, which means snowing in Chinese. She is a beautiful woman who is happily married to an American man from Texas and together, they have an adorable 4-year-old son.

Xiaxue wasn’t always pretty though. In fact, anytime before she turned 23, you could probably say that she was average looking at best. But this didn’t stop her from pursuing the life that she’s always wanted.

The magic happened when she decided to go for cosmetic procedures.

Yes, she’s had several of those and this is her plastic surgery story…

Before A Star Was Born… 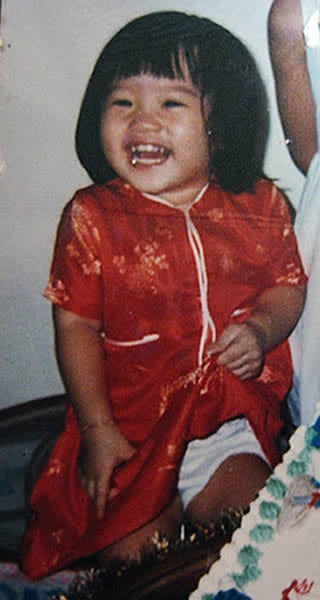 Here’s a picture of Xiexue when she was 2 years old. You can see that she was already full of life, happiness, and although she does look a little bit naughty (compliment), but definitely full of energy! 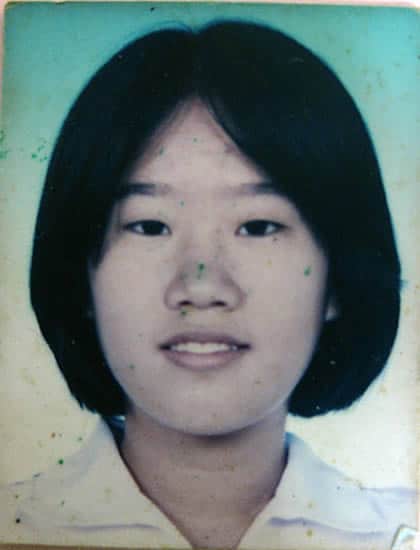 13 Years Old – There is no way you can tell that this was Xiaxue!

An old photo showing the face of Xiexue at the age of 13 back in 1997. As you can see, she had a very typical Asian face with small eyes, wide nose, big chin, and a wide jawline….plus a rather boring haircut too. 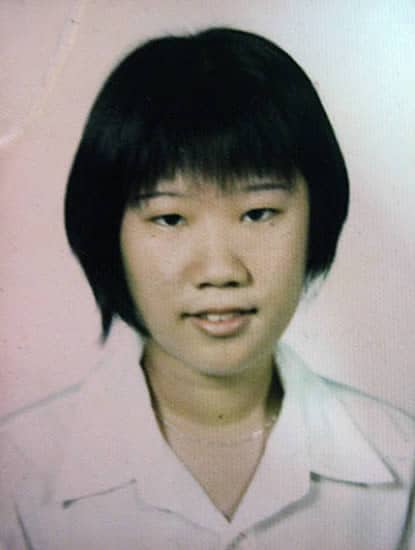 14 Years Old – Her face appears to be thinner.

She has slimmed down in this photo and as a result, her jaws have reduced. This was good news for Xiaxue because this meant she didn’t need any chin or jaw reduction surgery. 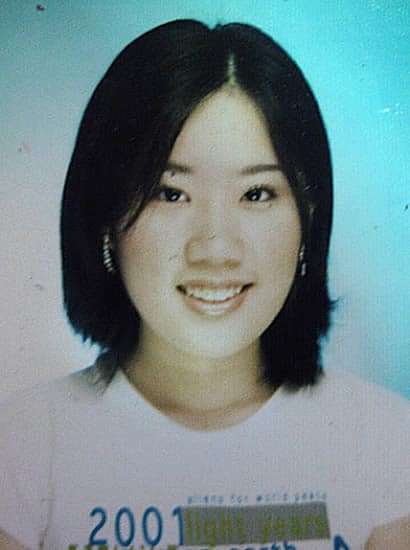 Wendy (her English name) has gained some weight here and her face appears to be more chubby. The fact that she had a flat nose certainly made it looked bigger than it already was. 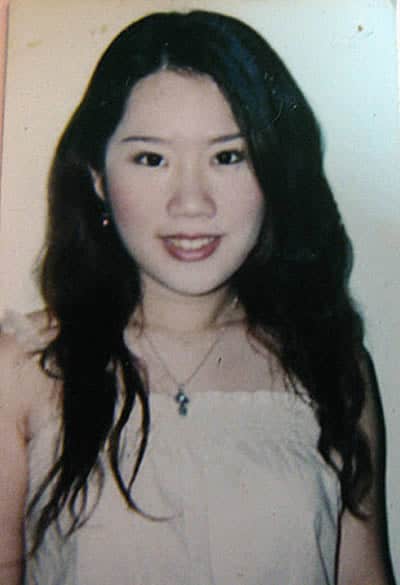 Here she is turning into a lovely lady at age 20.

One year after Xiexue started her amazing blog, she’s changed and matured into a really fine woman. Although she wasn’t completely happy with herself and that’s why she pursed cosmetic surgery.

What Surgical Procedures Has She Done?

According to her blog, she’s had a number of cosmetic surgeries done, but whatever you do…please don’t ask her why she’s done it. Because according to her, that’s like asking another woman why they style their hair, why they wear makeup and why they use skincare. You get the point… 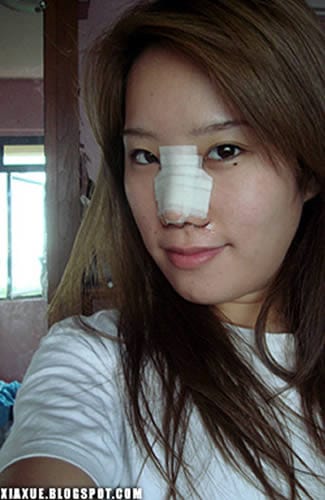 Yes, you read that right. She went through the procedure 2 times because, unfortunately, her first nose job was a failure. 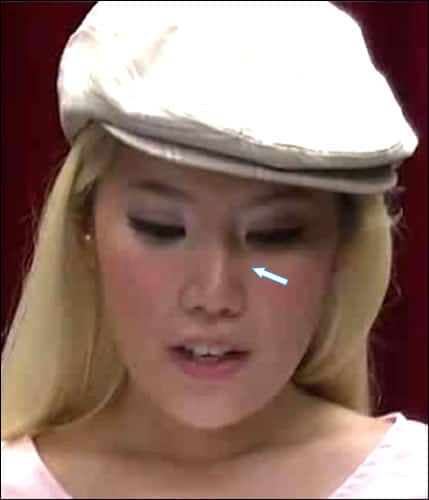 As you can see from above, her rhino surgeon didn’t really do a good job and literally made her nose bridge look crooked towards one side. That’s why she opted for a second procedure. 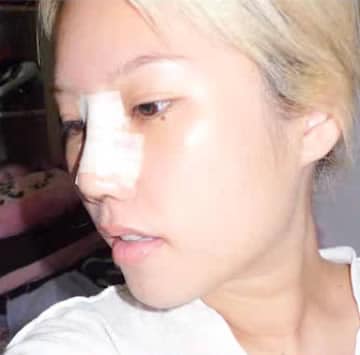 Besides fixing her nasal bridge, she also improved her nose tip. This time, all successful.

Check out her before and after photo below. 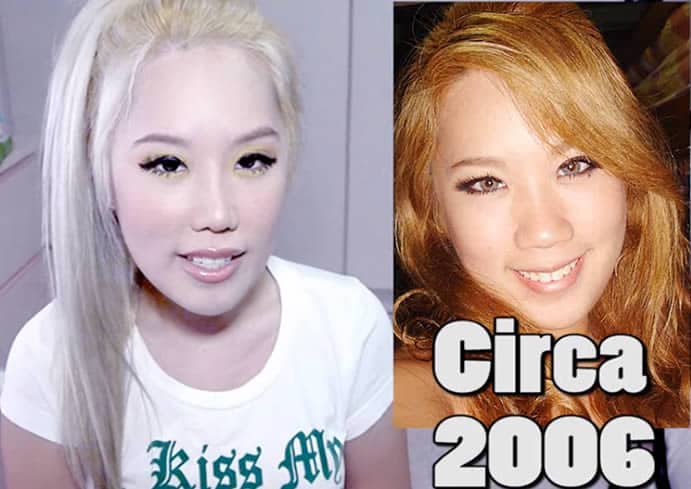 The photo on the right was taken just before she went for plastic surgeries and you can see a big difference. Xiaxue even made a video explaining to her fans about the experience in rhinoplasty.

In this youtube video, she talked about her scars, how she worked on the alar (tissue next to the nostrils), the type of implants used, pain level, recovery time and more. Check it out.

Of course, her nose was just one of the several procedures she’s done.

Now…let’s move on to her next surgery.

She’s Worked On Her Eyes…3 Times!

Yup, you read that right again! Because she had small and narrowed eyes, so she opted for a lateral canthoplasty, which is a surgical procedure that cuts open the outer corner of your eyes in order to increase the entire rim size.

She also had 2 eyelid surgeries (blepharoplasty) because she wanted to make her double eyelids look more visible.

Eye Surgery – Before & After 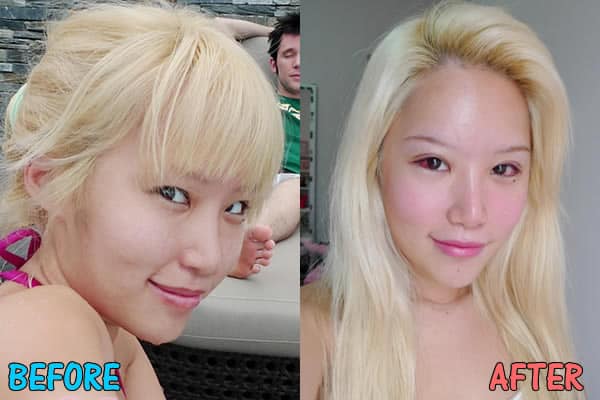 You can clearly see the difference in her eyes, although there’s still a bit of red soreness on the after photo. Overall, you’ll have to call it a success.

Xiaxue has always had short teeth which affected her smile because it was showing a lot of her gums. So she went and had a gum contouring surgery, also known as gum lift or reshaping. After the reduction procedure, you can clearly see that the gum area has been greatly reduced and she’s now got that lovely smile.

Yes, she’s had a few other procedures which didn’t require her going under the knife and the results has been pretty amazing. Take a look below. 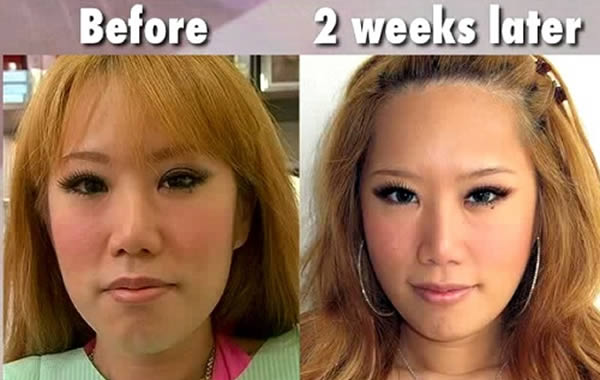 Here’s a before and after photo she took while visiting a plastic surgeon for a face botox injection. This procedure reduces her cheek muscles, hence giving her a more v-shaped face. 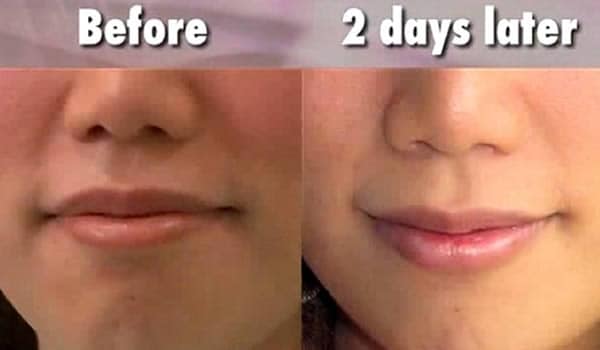 This is the result after Xiaxue received a lip injection at the same clinic by Dr Georgia Lee from TLC Lifestyle Practice. You can watch the whole video below: 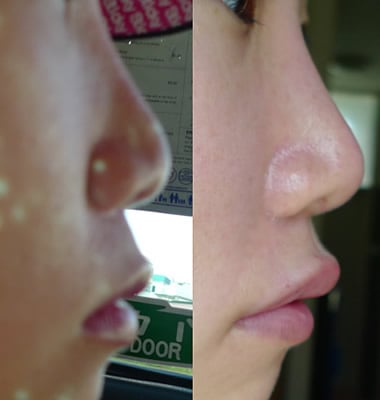 She’s also had fillers injected on her nose and here are the results.

Xiaxue wasn’t born with the most beautiful teeth, but she certainly knew how to fix them. As part of her “upgrading” efforts, she went to a dentist and got herself clear aligners (Invisalign). It’s basically removable transparent braces which she wore for 10 months straight. And the result speaks for itself.

What Did We Think About Xiaxue’s Plastic Surgery?

One thing we’ve realized since covering Xiaxue’s plastic surgery journey is that she’s a tough woman who’s not afraid to get what she wants. She knew she wasn’t the prettiest and that’s why she wanted the change. But after seeing all the procedures that she’s gone through, it’s important to see whether her money was well spent.

Let’s have a look…

Yup, that’s definitely worth it.

Now one thing that was “Very Important” throughout her transformation process is that she’s never ever tried to replicate the looks of anyone. That includes her favorite actresses, singers, and other celebrities. Xiaxue never wanted any part of her body to look like super stars.

Instead, she’s only wanted to enhance her “own” features in a subtle way…and this is often how you get the best results. She didn’t want Megan Fox’s nose, nor did she wanted Lindsay Lohan’s. Xiaxue understood how to use her own unique features to bring the best out of her through the power of plastic surgery.

Without a doubt, this girl has endured a handful of criticisms whether it was about her blog or because she was so open to showing everyone her cosmetic enhancements. People started calling her all different kind of names like fake, plastic person, bimbo, self-absorbed, superficial and so on…

Personally…I think that being called plastic and fake is better than being called a LIAR. So that’s my personal choice.

Good on you Xiaxue for being so upfront and honest…such a beautiful and fearless woman!

Here’s the rest of her video where she also offered tips such as ‘how to pick your nose after a rhinoplasty’.

You’ve got to love her personality and sense of humor!

Let’s wrap it up!

Thanks to the gorgeous Xiaxue and her willingness to share her experience. She has taken us through an amazing journey into her life of cosmetic surgery, a part of her that will always be appreciated by her fans and viewers.

So let’s do a recap and look back on all the procedures she’s done.

And here’s one more time for her beauty… 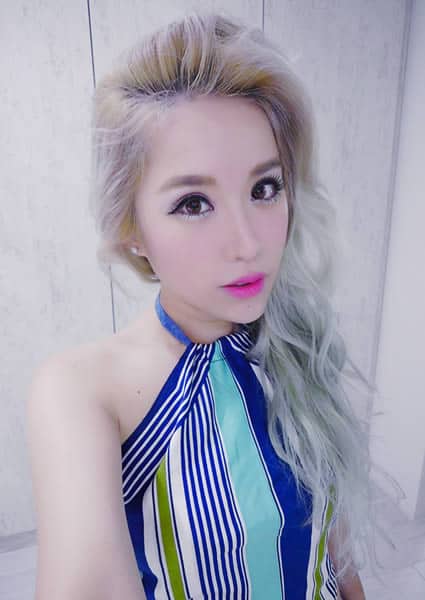 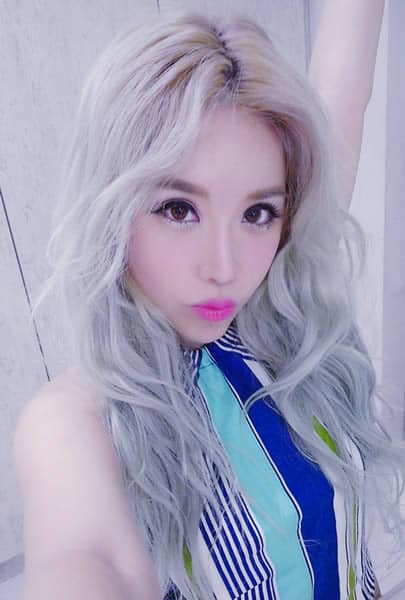