Skip to content
Home » Emily Ratajkowski: Before and After 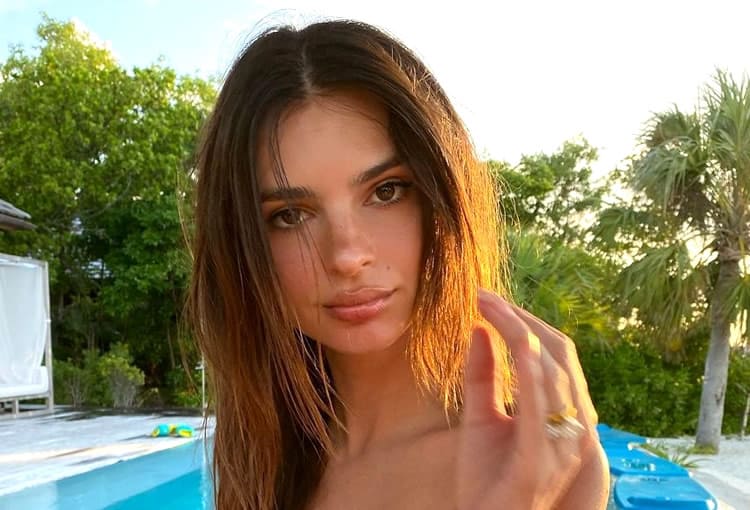 This British-American model is absolutely gorgeous.

We all know that but there has been many plastic surgery rumors surrounding Emily Ratajkowski.

Critics are claiming that she had a boob job, a nose job, and lip injections to enhance her beauty.

In order to find evidence to prove that Emily had any work done. We’ve compared many of her facial and body features.

See below for our “exclusive” comparisons.

Has Emily Had a Boob Job? 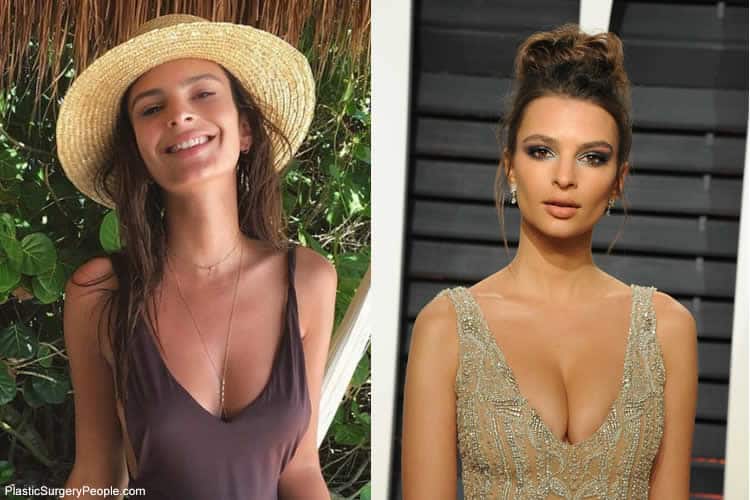 When it comes to the ‘blurred lines’ video girl, the question has always been…are her boobs real?

The way she exposed herself in the video led to many people speculating about her natural cup size, and whether or not they are breast implants.

From what we can see in the photo comparison above, it does seem like she may have gone through a breast augmentation procedure, but then it could also be a push-up effect. 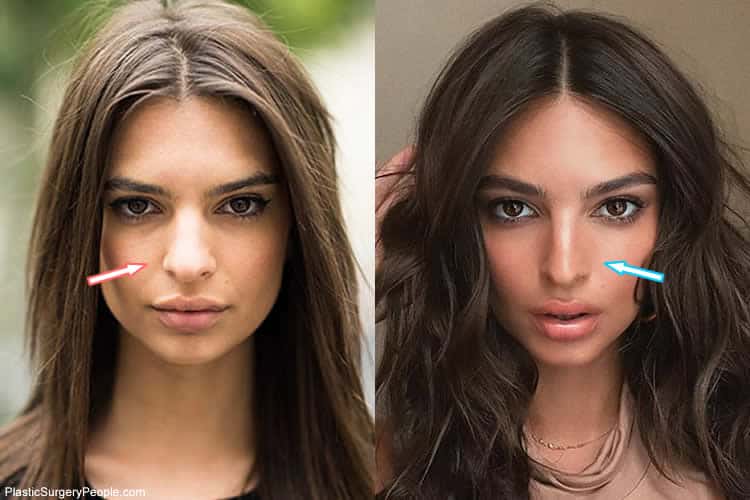 If you look at the ‘after’ photo above, you can see that Emily’s nose appears to be visibly thinner.

Her nasal bridge is narrower and more refined so she might have gotten a nose job to achieve that. However, it’s not unusual for models to achieve a similar nose contour through makeup too.

Regardless, her nose does look beautiful. If this was a job performed by her secret plastic surgeon, then well done!

Does Emily Ratajkowski Have Lip Fillers? 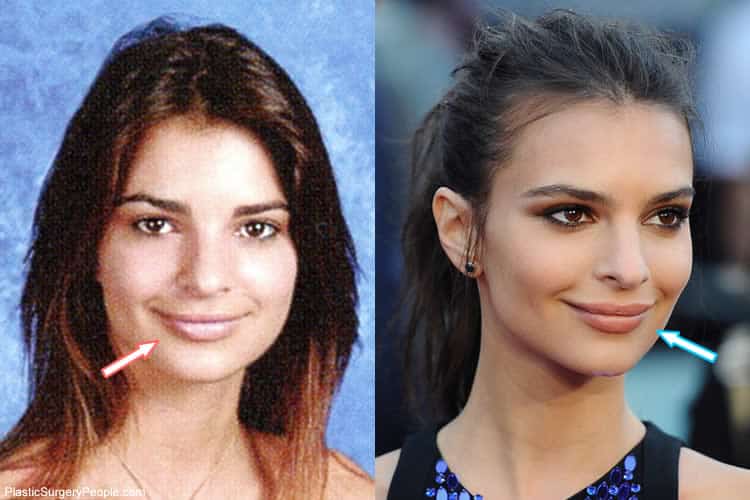 One of the most attractive features on Emily Rata’s face has to be her luscious lips.

Based on the “before” photo from her yearbook, it looks like she had these thick pouty lips at a young age.

So, we have good reasons to believe that she has never gotten lip injections.

With natural lips like these, you can easily make them blossom by using lip plumper and liners alone.

Emily Ratajkowski: Then and Now

Let’s take a look at Emily’s transformation over the years.

This was Emily when she was just 15 years old.

Although the photo is a little blurred, you can see that she has really big eyes, nice eyebrows, and full lips.

Emily appeared in 2 episodes of the 3rd season in Nickelodeon’s iCarly playing the role of Gibby’s girlfriend, Tasha.

Not sure if you noticed, but Emily’s jawline looks fairly wide here and her chin was quite large too.

Therefore, we feel that she might’ve had a jaw or chin reduction surgery later to improve her face shape. 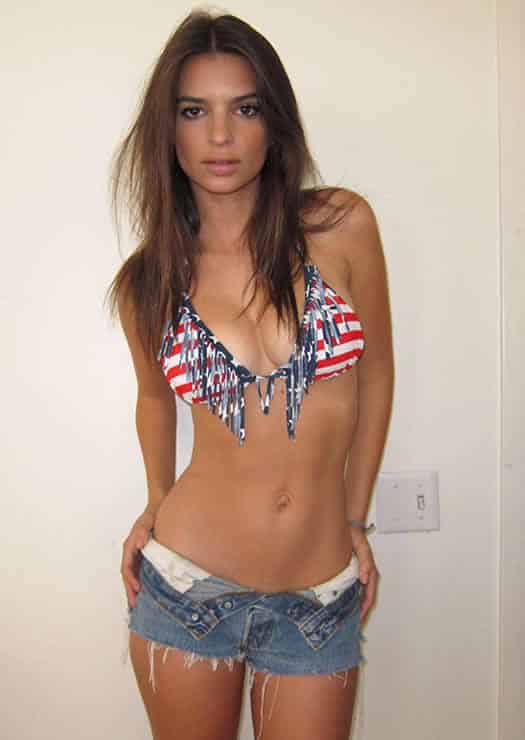 Who could forget this look when Emily appeared in Carl’s Junior Burger commercial showing off her toned body and juicy bites.

She obviously put a lot of work on that waistline.

This was also the year she got featured in the “Treat!” magazine, which opened the door to other opportunities like the music video of “Fast Car” by Taio Cruz and “Love Somebody” by Maroon 5.

This was a breakthrough year for Emily.

She captured the nation’s heart was her sizzling performance in Pharrell Williams’s 2013 video, “Blurred Lines”.

Her busty body became the talk in town and suddenly, everyone wanted to know who the Blurred Lines girl with the big boobs was.

Ratajkowski stunned the crowd at the Vanity Fair Oscars bash.

By this year, Emily earned her first leading role alongside Zac Efron in the musical drama, “We Are Your Friends”. She also appeared on the covers of many top magazines including British GQ, Grazia France, Harper, Instyle UK, and Australia.

Emily attends the Golden Globes after-party letting her eyeshadows do the talking!

The pink-red eye makeup looks totally chic while the rest of her face remained surprisingly minimalist.

After becoming a mom and giving birth to her son, Emily got back into shape very quickly.

Now, I have no idea if liposuction or a tummy tuck was involved but I’m sure she has a few tricks up her sleeves.

What Does Emily Have To Say About Plastic Surgery?

When Emily spoke with Cosmopolitan, there was something she needed to get off her chest:

Although she didn’t elaborate any further, she was clearly talking about her large and perky breasts!

In fact, she hated people accusing her of having fake boobs that she went on twitter and posted the following photo showing her incredible bust size at 14.

For those meanies that insist I have had a boob job, here I am at 14 sooooo pic.twitter.com/MMZZvAMr

Of course, some of her followers didn’t believe the picture and one comment even went as far as saying she looks like a 20-year-old. Hmmm…that’s a good point!

Anyone one of these could have played tricked us into believing that Emily had cosmetic surgery so I can’t say I’m entirely convinced with the evidence.