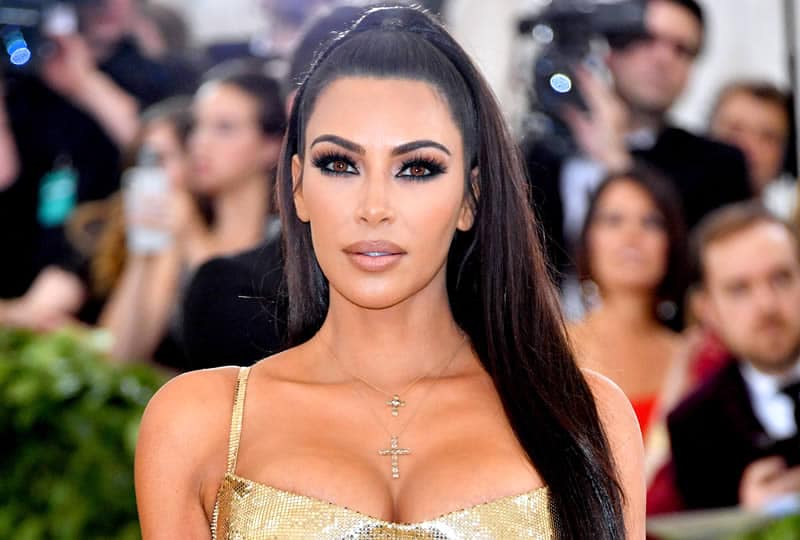 Most people would agree that reality TV star Kim Kardashian had plastic surgery (Is That Even News?).

In fact, it seem to go with her name.

But there was a point when Kim slammed such reports.

And we’re here to find the truth.

So, did Kim K go under the knife? How much of her looks has changed because of cosmetic surgeries?

Did Kim Kardashian have a nose job?

Kim revealed in the Stylish magazine that her perfect nose isn’t because of a nose job. The superstar said that it’s actually the magic of contouring makeup.

She also told ABC’s “Nightline” in 2009 that while she’s not against plastic surgery, she hasn’t corrected her nose shape this way.

But aesthetic experts digress and say Kim’s nose is a product of rhinoplasty after analyzing her images. There’s a noticeable line on the bridge and the tip of her nose appears to have been upturned.

Does Kim have lip injections? 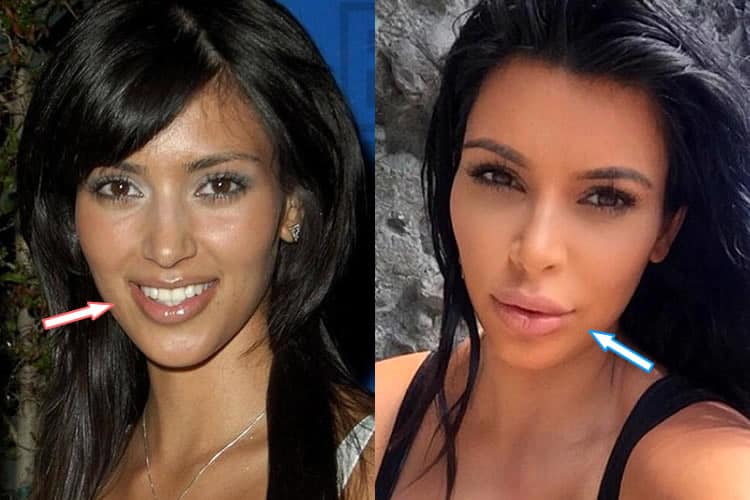 People talk about her lips all the time.

To address the rumors, Kim said she doesn’t benefit from lip injections but she had “pregnancy lips” and detailed how having a baby changes a woman’s body, including her mouth shape.

Even if Kim denies having lip fillers, her before and after photos shows a big difference.

Today, her upper lip looks even plumper than her sister, Kylie Jenner.

Did Kim K have botox and facelift? 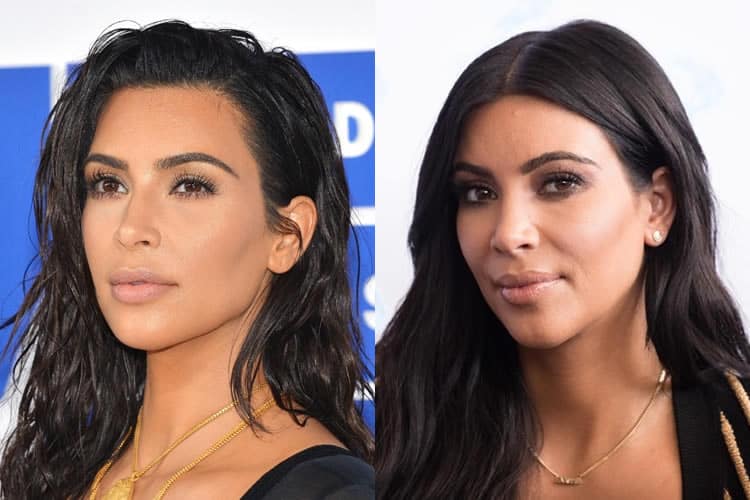 The reality star in 2010 proudly said that she has finally tried botox injections and claimed that it’s the only type of cosmetic surgery she has ever done.

In 2013, the actress shocked her followers with a bloody photo. Kim’s face was covered in red in a procedure called the vampire facelift. Five years later, the TV star posted on her blog that she regretted going through this because she was pregnant then and was not given painkillers or numbing cream. She had to endure the pain and discomfort.

The media star has never admitted to having a facelift though.

Does Kim Kardashian have butt implants? 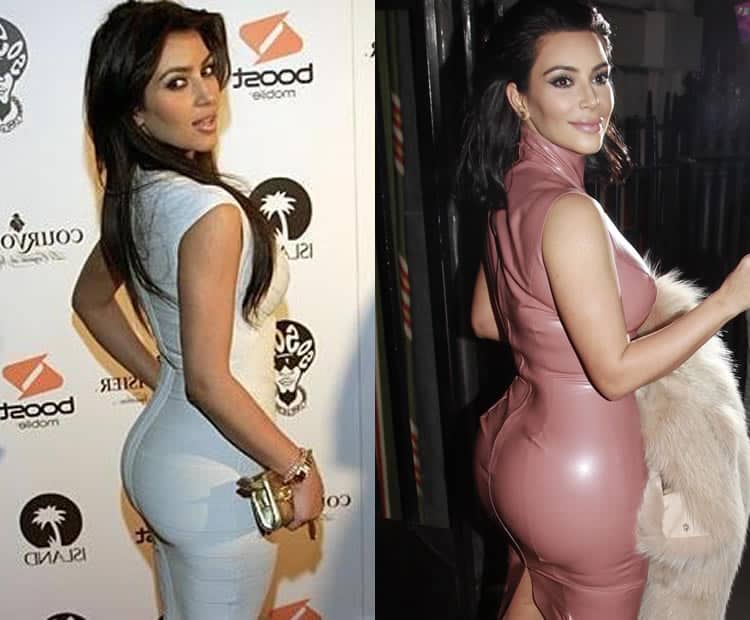 Kim’s butt could have its own separate reality TV show. but is it real or fake?

Swamped with rumors, Kim had an X-ray done to her bottom on her TV show some eight years ago to prove that it’s all natural. Years later, however, her buttocks seemed to have its own life as it grew bigger and bigger.

So, I think she might have gotten a butt lift instead of implants. This procedure cannot be detected, right?

Has Kim K had a boob job? 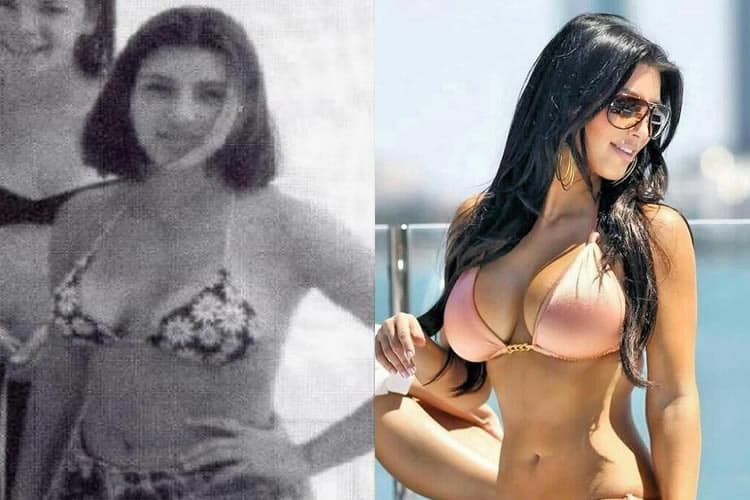 A picture of Kim surfaced online with a smaller bust size and this led to rumors that she’s had breast implants.

At the end of the day, Kim is obsessed with having the perfect body so it wouldn’t surprise us.

Did Kim get liposuction?

How did Kim lose weight after giving birth?

She said she worked with a personal trainer for her diet and exercise for six months.

Rumors, however, claimed that Kim’s body is the result of liposuction.

With the amount of money that she makes, I think it’s quite possible.

Kim Kardashian: Then and Now

Let’s see how her transformation has evolved over the years. 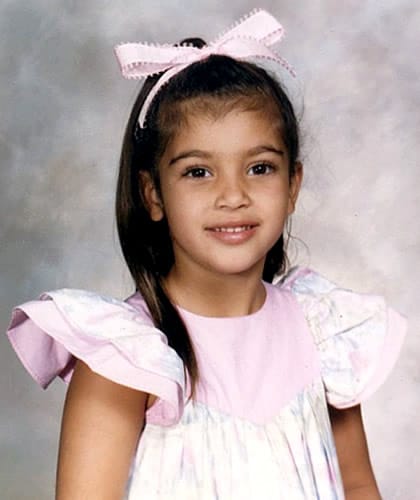 Young Kim was a pretty little bud as a child. She had the most beautiful eyes that accentuated her cute face. 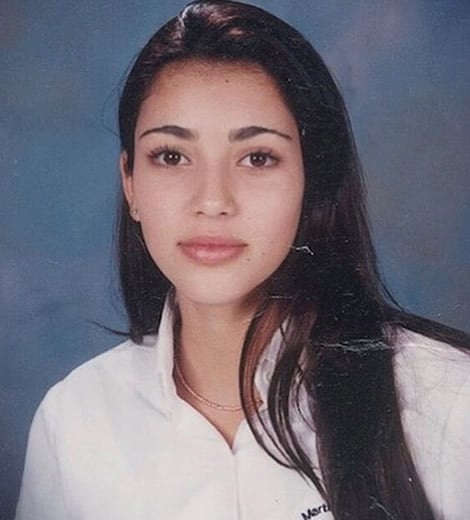 Kim wore her black hair straight and long as a teen while living in Los Angeles. 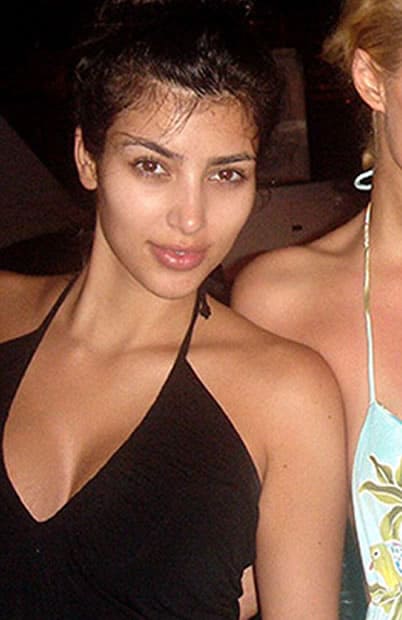 The year Kim worked as Paris Hilton’s assistant and appeared on her show, “The Simple Life.” 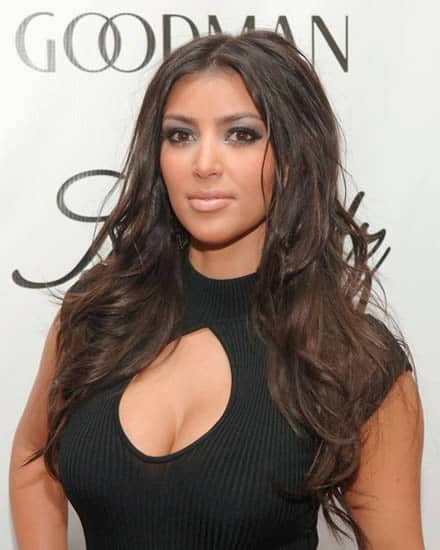 The reality TV star became a permanent fixture of the small screen with her own TV series “Keeping Up with the Kardashians.” This could have been the beginning of Kim K’s most obvious transformation — her breast augmentation.

Here she was at a launch party of Tao in Las Vegas. Kim seemed to have a smaller butt size and a thinner body shape.

Kim grabbed attention when she attended the pre-Grammy gala in Beverly Hills. 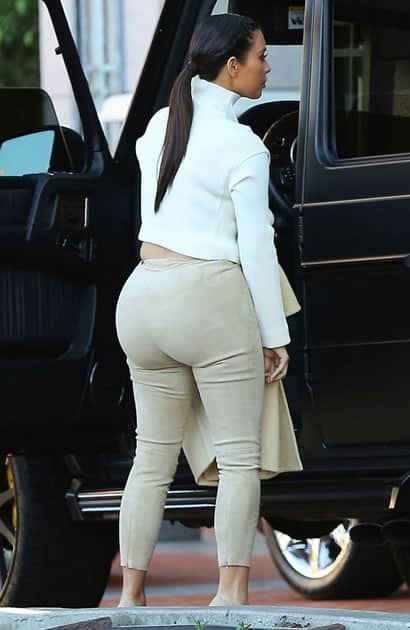 The year Kim launched a mobile game which reportedly earned her $1.6 million from the Apple app store within the first five days. 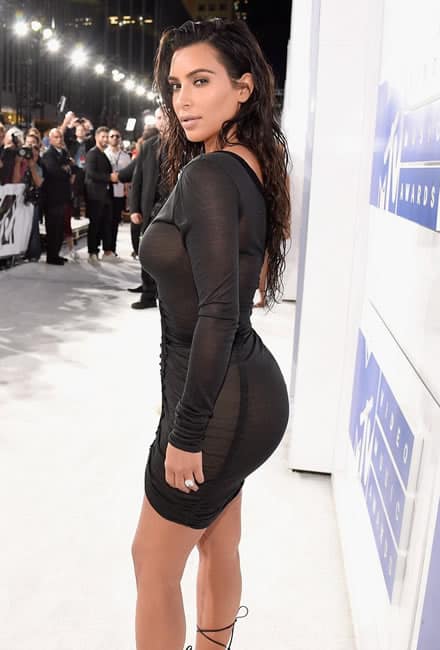 The shape of her bottom looked perfect in this photo, as she graced the MTV Video Music Awards at Madison Square Garden in New York. This was how Kim looked after giving birth. 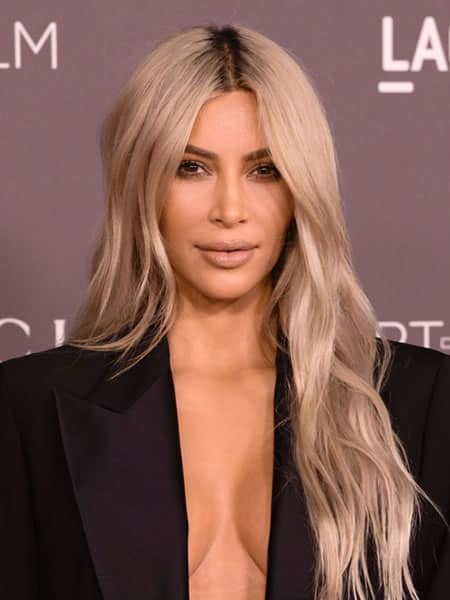 Kim changed up her look by sporting an ash blonde hair color at the LACMA Art + Film Gala event held in Los Angeles. 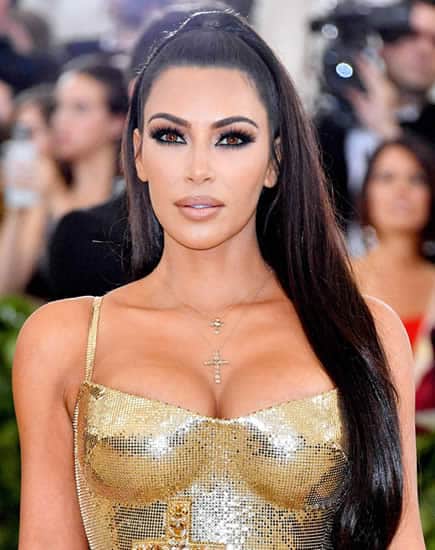 Kim attended the Met Gala with a new face. Some said it might be a facelift while others said it’s makeup.

Which side are you on?

It’s common knowledge that Kim has an obsession with her looks.

With her wealth, she can afford to have cosmetic surgery on any part of her face and body.

And if you ask me, I think she most likely did.