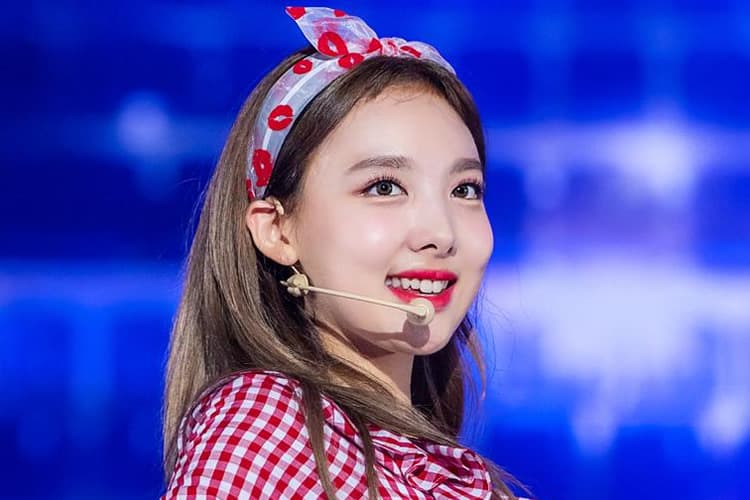 I think Nayeon is the most beautiful member of “Twice”, a South Korean K-pop girl group.

But I also think there is something unnatural about the her face and body.

However, I won’t go down the plastic surgery path until I’ve done my homework.

So, let’s get right into it.

I have put together the following comparisons on Im Na-yeon. Let’s see if she’s had any work done or not.

Did Nayeon have a nose job? 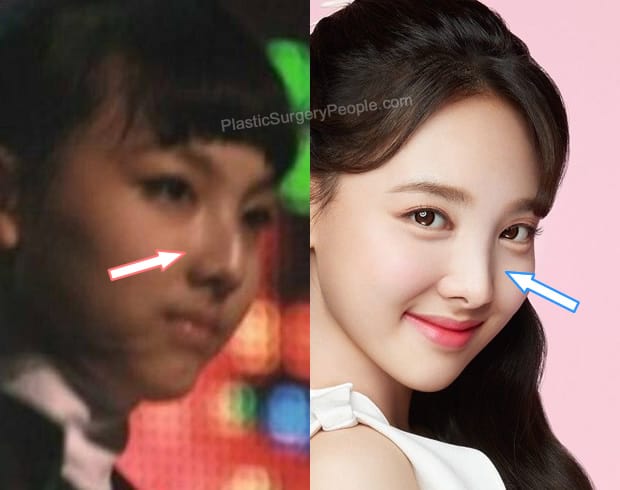 First, I must say this picture is not clear.

There appears to be a small hump on Nayeon’s nose.

You can see the little bump on her nose bridge which has since disappeared.

Based on this, I can only assume that she got a nose job, or this picture was photoshopped.

Has Nayeon had lip fillers? 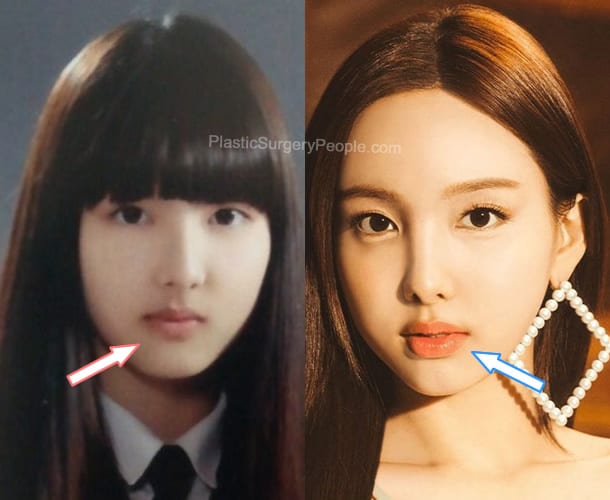 Nayeon’s lips look natural to me.

So, it’s unlikely that she had lip injections. This is not a common procedure in Korea.

Did she have an eye surgery 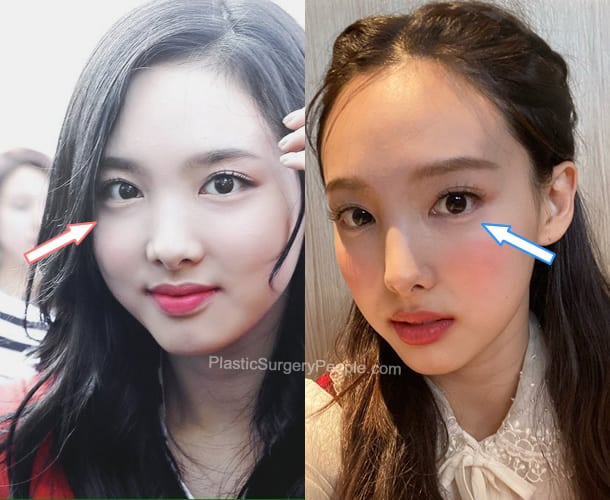 Nayeon has beautiful eyes and I can confirm that she did not have eye enhancements.

I’ve also checked some of her childhood pictures and she was born with those gorgeous double eyelids too.

Did Nayeon get a boob job? 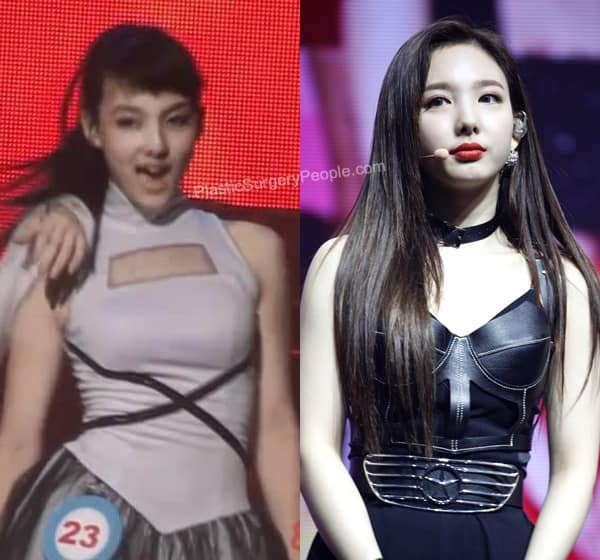 The singer is rarely seen in sexy clothing so it’s hard to determine if she had a boob job.

For the same reason, however, I’m going to say NO.

Why would Nayeon get breast implants if she wasn’t intending to show them off, right? 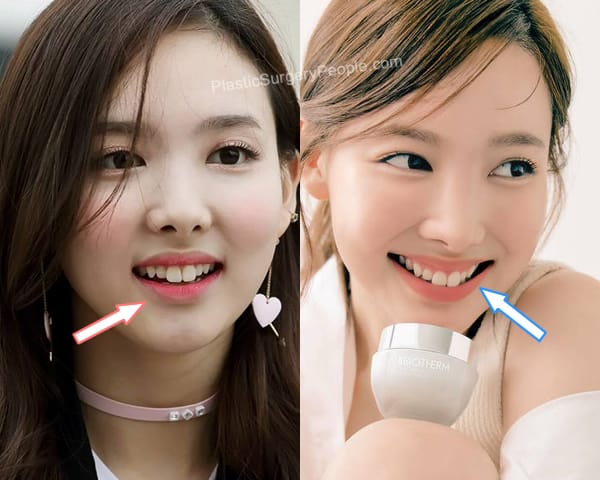 In case you didn’t know, Nayeon has cute chipmunk teeth that she has decided to keep.

She also has a high gumline that hasn’t been fixed either.

She likes it just the way it is. Me too!

Nayeon: Then and Now

Let’s see her transformation over the years.

Nayeon as a baby

Look at those big and beautiful eyes.

Now, that is the definition of a sweet little girl.

This is Nayeon during her school years.

She was a beautiful teenager even without makeup and styling.

Here is 15 year old Nayeon auditioning for a position as trainee.

Needless to say, she succeeded.

This was the year Nayeon officially debuted as a member of Twice.

At this point, I still haven’t seen much changes to her face and body.

Not sure if it was the makeup or camera angle, but her nose looks different here.

At 27 years old, Im Nayeon is looking as cute as ever.

This was a difficult one.

I’m still not totally convinced that Nayeon had cosmetic surgery due to the quality of the photo I mentioned above.

If she did, then it was a minor fix.