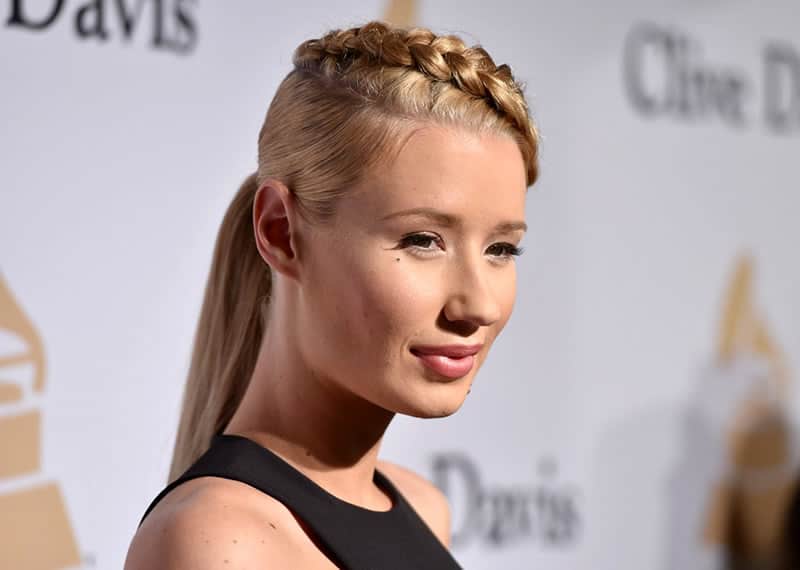 Australian-born Iggy Azalea is no stranger to plastic surgery and she is also one of the few who’s admitted it in the hip-hop industry. Yes, she’s had procedures on her breasts and nose.

I must admit, I admire her honesty.

Also, I think those enhancements have done her wonders because her face and body look incredible. However, it seems like her confessions weren’t enough. Fans still speculated her of having other works done.

Let’s see if they are right.

So, how much has Iggy been doing behind the scene?

I’ll try my best to find out and explain them by comparing her pictures, before and after she became famous.

Did Iggy Azalea get a boob job? 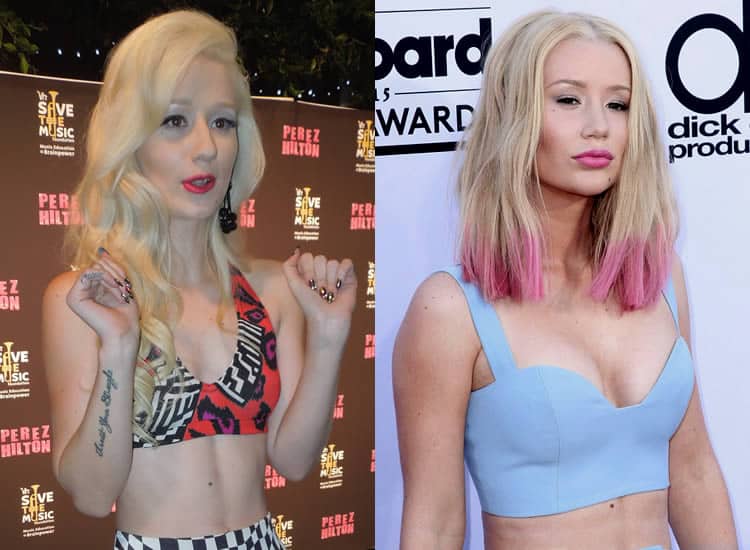 Yes, she did and it was a self-confessed procedure too.

Iggy got her breast implants around 2014 and you can see how much those new boobs have done for her self-confidence. Just look at the way she used to pose for pictures with a flat chest.

Did she have a butt lift? 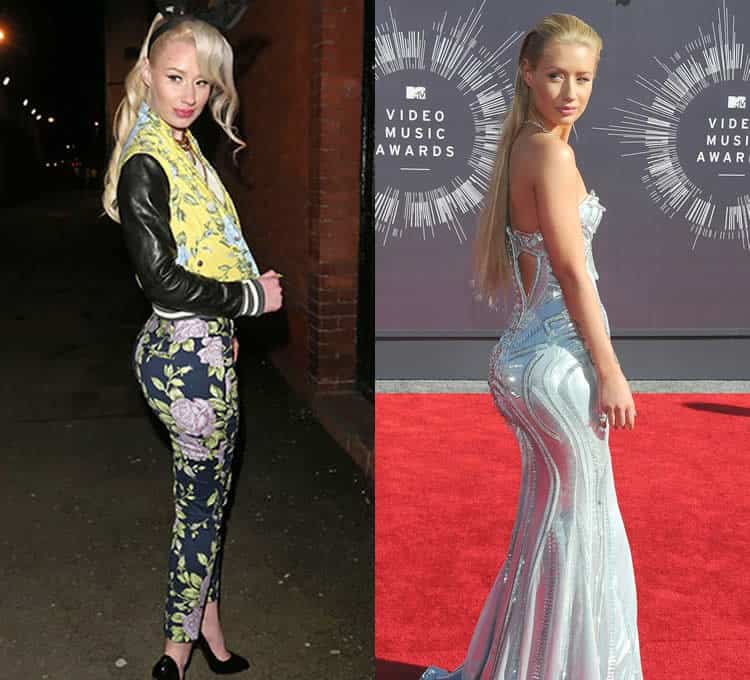 I don’t know about you, but she clearly has bigger buttocks than before.

Despite having an hourglass figure, Iggy has denied having any butt lift or implants. The singer revealed she exercises a lot to keep in shape.

Now I know she tweaks a lot too, especially in her “Kream” MTV, but the fact that her butt size matches any black dancers in the video tells me she might’ve had some work done on her rear end.

Has Iggy had a nose job? 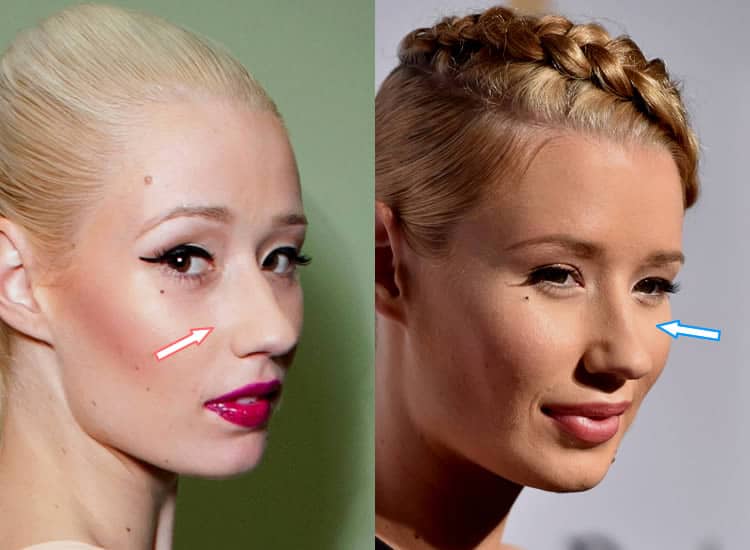 This is another procedure that Iggy has confessed to having.

Her plastic surgeon, Dr. Ghavami, said Iggy’s nose had a really weird shape. So, he did a lot of tip shaping to narrow it down. Her nose bridge also had a tiny hump, which the doctor removed.

If you ask me, I think he’s done an awesome job!

Did Iggy have lip injections? 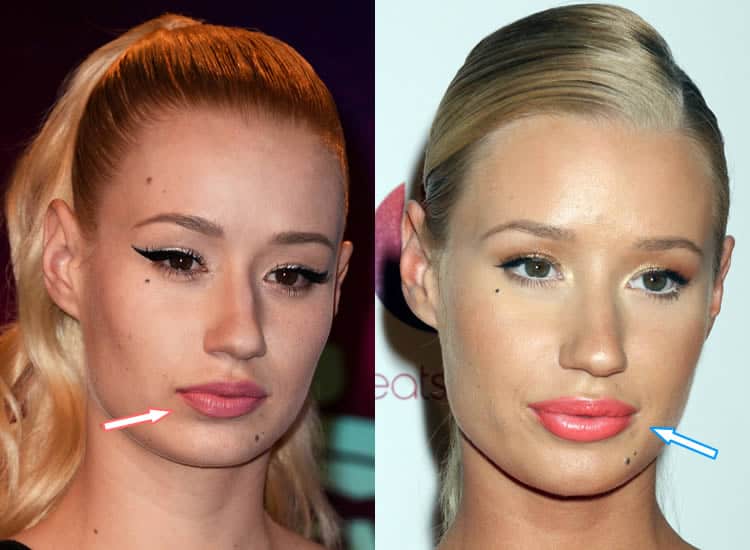 This is an area that got fans scratching their heads, myself included.

Yes, I’m talking about Iggy’s lips here and I’ll probably be lying if I said she’s never tried lip injections, ever. But the truth, there isn’t a drastic difference in my comparison.

Therefore, I’m willing to give her the benefit of doubt here and put it down to lip plumper instead of fillers.

Iggy Azalea: Then and Now

Despite her incredible rap talent, fame also came to Iggy because of her beauty and style. Let’s see how her looks have evolved over the years.

Iggy was 16 years old teen with big dreams. She moved to the U.S. around this time to pursue a career as a hip hop music artist.

This was one of Iggy’s first professional photos as a model, an 18-year-old trying to figure out her best career path. I think she looks gorgeous!

Curious about Iggy’s appearance pre-surgery? This photo from VH1 Divas might come as a surprise.

Her slim figure and non-existent cleavage is nothing compare to her curvy body today. But I can see why she decided to increase her bust size.

Here is Iggy with her old nose and as her doctor said, it had a tiny bump on the bridge. This was the imperfection she wanted to correct.

Iggy debuted her new breasts at a ball in Philadelphia after her surgery in late 2014. I guess she was still getting used to her bustier chest and didn’t want to wear anything too revealing.

The “Kream” rapper wowed the crowd in this form-fitting dress at the iHeartRadio event in Toronto. But I can’t help but wonder if her butt is fake. What do you think?

At 30 years old, Iggy is looking better than ever. Although her makeup is on the heavy side, this wouldn’t be possible without her raw beauty.

As you know by now, Iggy has been quite open about her plastic surgeries, but she also had a special message for young fans.

The rapper advised them that their self-image might change over time and they need to think long and hard before changing anything on their face and body. She wants them to know that the most important thing is an acceptance of their imperfections.

Now, that is someone who is talking from experience.