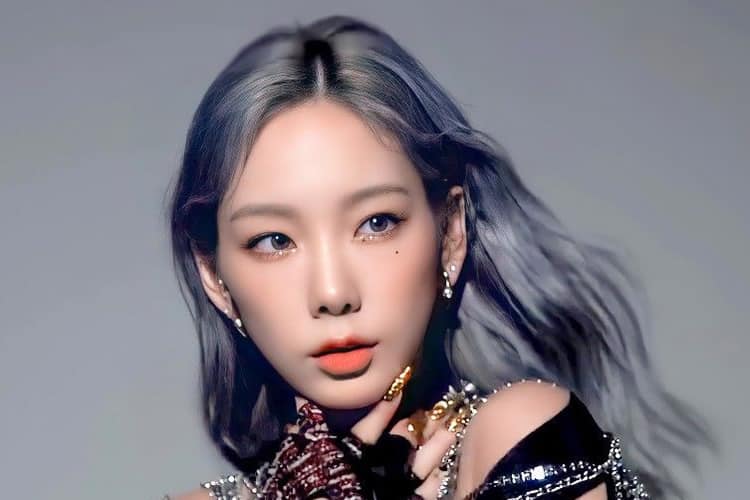 Ever since Taeyeon started her solo career, she keeps looking better.

I’m not sure if it’s the hair, makeup or plastic surgery doing the magic.

But I have a feeling it’s the latter

I’ll compare the Kpop singer’s face and body before making a judgement.

Did Taeyeon have eyelid surgery? 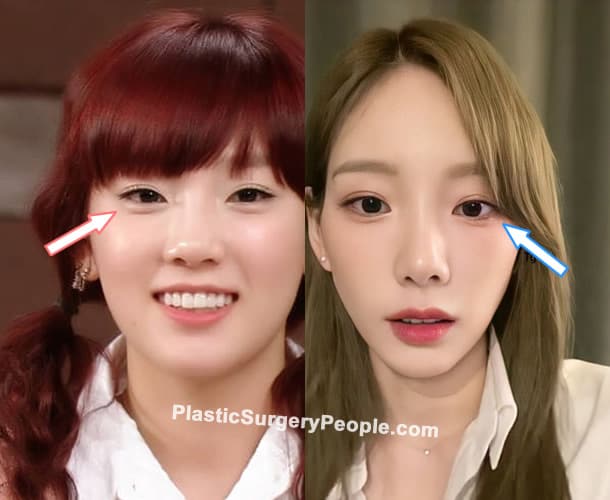 Her double eyelids are so prominent that some people consider them to be manmade.

I must admit, they do look fake. But after checking her younger pictures, I was surprised to see that her eyelids are actually natural.

Yes, they are real and she was born with them.

Has Taeyeon had a nose job? 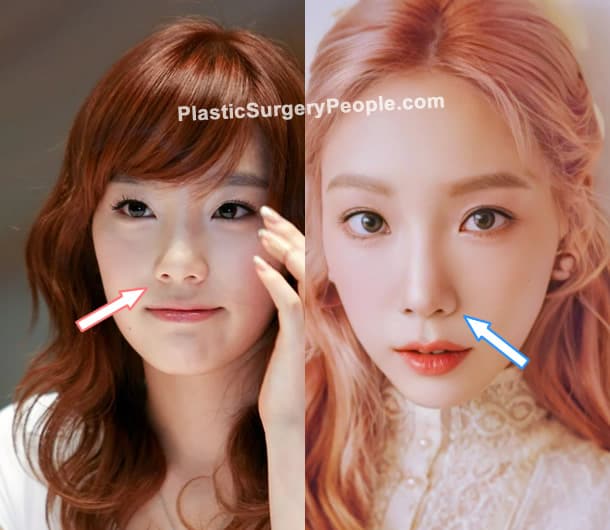 I don’t know how to say this.

Taeyeon has a very unique nose shape that is weird in a way.

From a certain camera angle, her nose can look flat and with a bulbous tip. But at other angles, it can looks slim and pointy.

I think makeup has a lot to do with it so I’m going to discount a nose job here.

Did Taeyeon get lip injections? 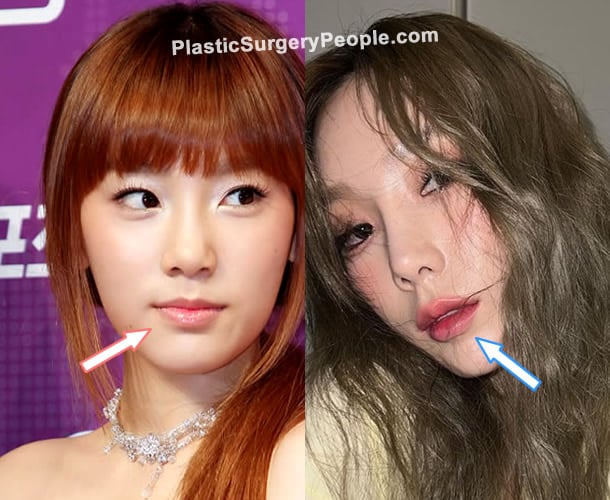 Her lips seem different and I’m seeing some noticeable changes to her top lip. It looks a bit swollen.

So, I think Taeyeon might be experimenting with lip fillers.

Did Taeyeon have a boob job? 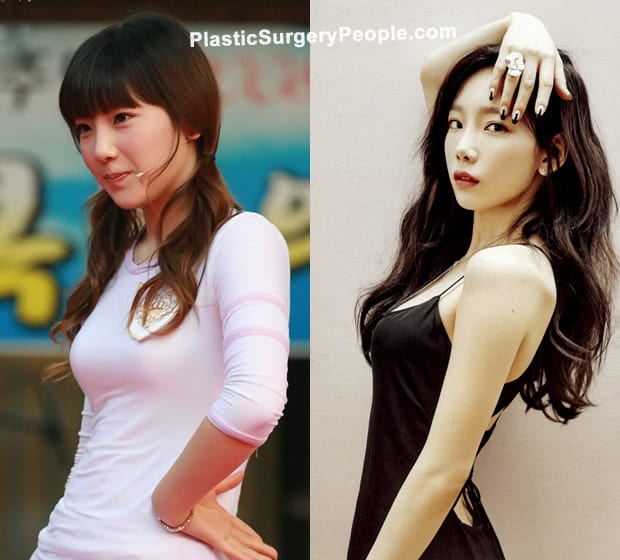 I’m going to say no.

There is not much change to her breast size. In fact, Taeyeon’s boobs seem to have gotten smaller and I think it has a lot to do with her body weight.

Taeyeon: Then and Now

Let’s see the singer’s transformation over the years.

Here’s a rare picture of Taeyeon as a little child, possibly around 5.

This is a pre-debut photo of Kim Taeyeon while she was training in the Starlight Academy of S.M. Entertainment.

Her face was still quite chubby with the baby fat

At 18 years old, Taeyeon debuted as a member of SNSD and became the lead vocalist for Girl’s Generation.

Got to love those bangs and as you can see, her nose looks sharp from this angle.

Taeyeon wasn’t as skinny back then but she still had a gorgeous waistline.

Here is a rare picture of 25 year old Tae-yeon without makeup.

As you can see, her nose looks quite flat front on.

The Kpop singer was spotted with short hair and light blonde streak highlights.

I think it looks cute on her.

Her jawline and chin looks visibly slimmer. People thought she had her jaws chiseled but I think she has simply lost weight.

Of course, botox could be another possibility and don’t forget filters too.

It’s incredible how she can still look like a high school girl at age 33.

Amazing genes I must say.

I’m a bit shocked to be honest.

My gut was telling me that Taeyeon is a fan of cosmetic surgery but I couldn’t find sufficient evidence.

She may have gotten minor procedures but I can see anything invasive.