Skip to content
Home » Korean Singer IU: Before and After 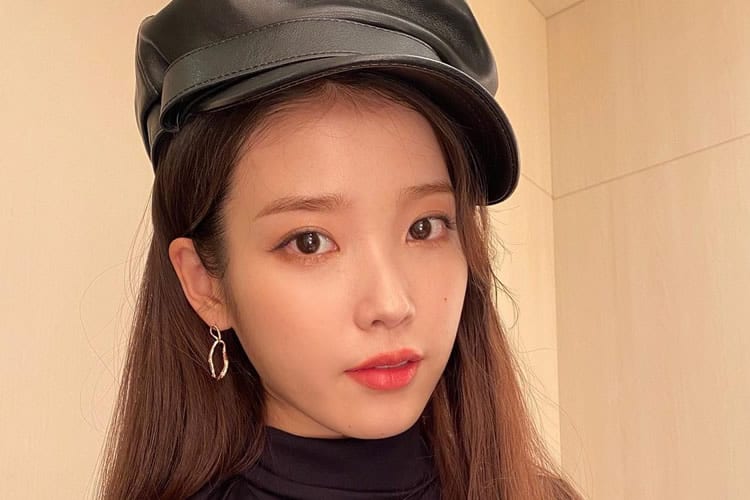 I have heard many rumors about IU having plastic surgery and it kind of surprised me.

So, I would like to get to the bottom of it.

Did IU have a nose job? 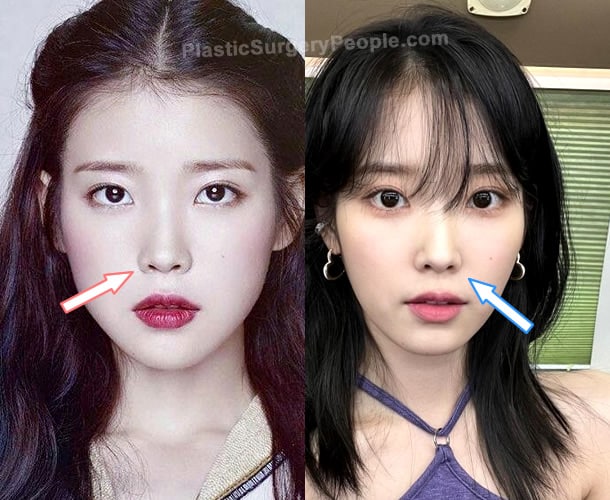 IU’s nose shape is quite flat when you look at it from the front angle.

Her nose tip and both side of the wings look similar too. These features has not changed.

So, I don’t think she had a nose job.

Has IU had an eyelid surgery? 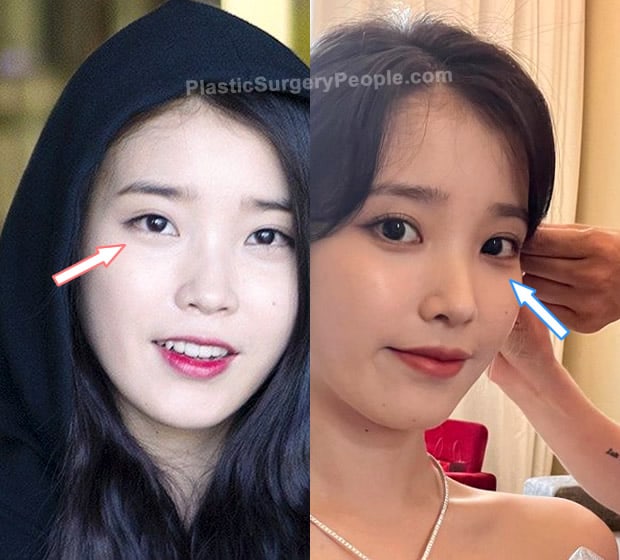 IU was born with double eyelids.

In saying that, her eyes do look bigger these days but I have a feeling that she may use using big eye contact lenses to achieve this effect.

Did IU get a boob job? 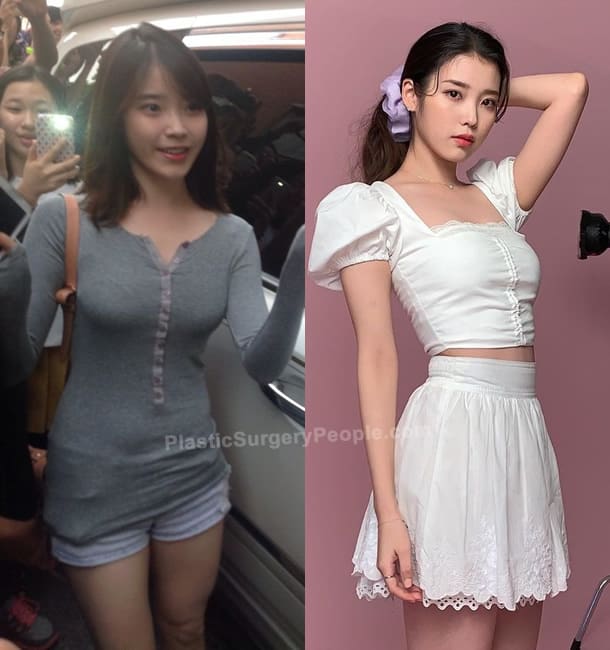 I believe IU’s boobs are natural.

There was nothing to indicate that she had breast implants.

Her breast size is in perfect harmony with the rest of her body. I believe they are real and she will keep it that way.

Did IU have a butt lift? 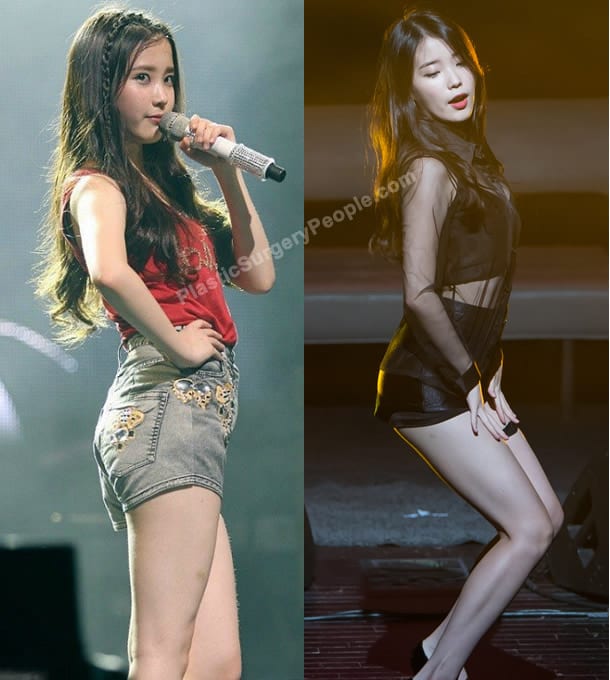 There is nothing fake about IU’s body.

Her butt, whether it’s the shape or size, looks natural to me.

A butt lift is less common in Korea so I don’t believe she had one.

Has IU had a jawline surgery? 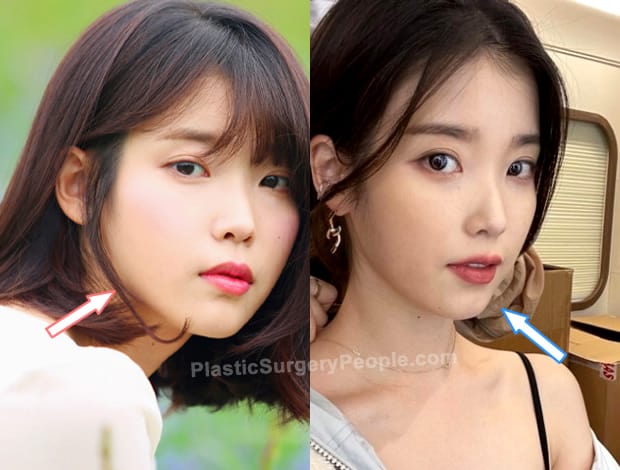 We may be onto something here.

IU used to have a wider jawline but for some reason, it is now looking slimmer.

If this wasn’t part of her natural transformation, then she might have gotten a jaw reduction surgery to achieve this.

Botox is another possibility as it can also give IU a smaller face shape and a pointier chin.

Let’s see how IU’s appearance has evolved over the years.

As a child, IU had big rounded eyes and looked so adorable.

Although minimal, she clearly had eyelids too.

I must admit, IU wasn’t exactly a stand out in her early teens.

Before she debuted, IU had a noticeable gap between her front teeth that might have been fixed with braces.

She still had baby fat as a teenager with much rounder face cheeks.

18 year old IU arriving at the red carpet looking like a princess in black.

Deliberate or not, IU attempted to look more mature with the red lipstick and fashionable choker. It appears she wanted to show the world she’s no longer just the little sister of South Korea.

This V-shaped jawline wasn’t there before. Did she lose weight, or is this something else?

I can’t believe this woman is almost 30.

Her skin is so white, smooth and youthful.

While everything on her face and body appears natural, I’m suspecting cosmetic surgery on her jawline which may explain her improved face shape.

Of course, IU has never admitted it and this is only speculation.

You can decide for yourself.