Skip to content
Home » Meryl Streep, Before and After 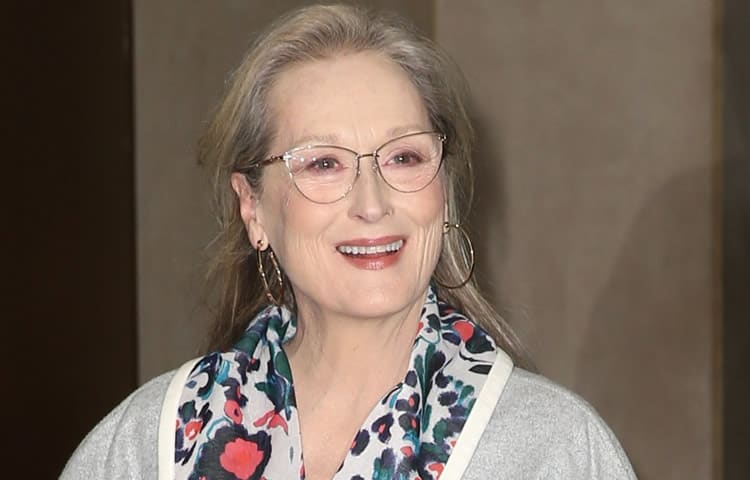 When I read that Meryl Streep was against plastic surgery, I knew this had to be done.

I wanted to see if the “Don’t Look Up” actress is all talk.

Nothing speaks louder than evidence so this should be interesting.

I will let her pictures do the talking.

We have done a few comparisons below. See if you can spot anything.

Did Meryl Streep have botox? 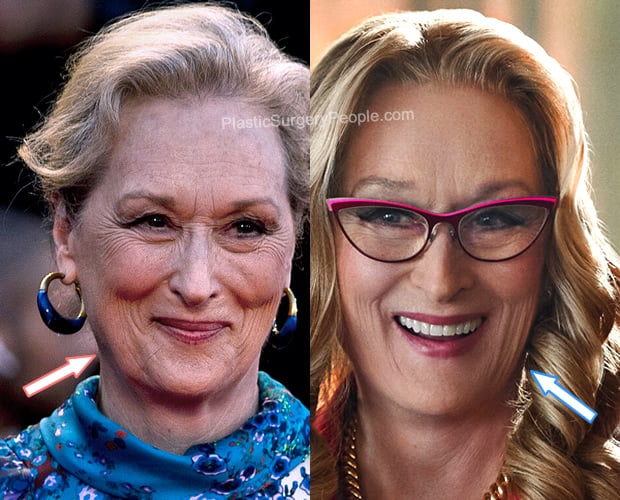 The lines and wrinkles are still quite prominent on Meryl’s face. I don’t see an extra level of volume to her face cheeks either which botox usually shows.

If she did have fillers, then it was minimal.

Has Meryl Streep had a facelift? 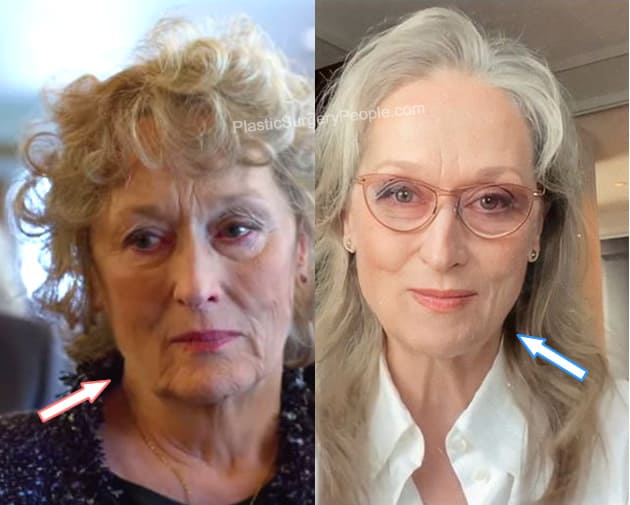 I’m sure you can see the loose skin along her jawline and next to her chin.

This area seems to have been tightened. One way to explain it would be the camera angle and how Meryl tilted her head. The other would obviously be a facelift.

Did Meryl Streep have a nose job? 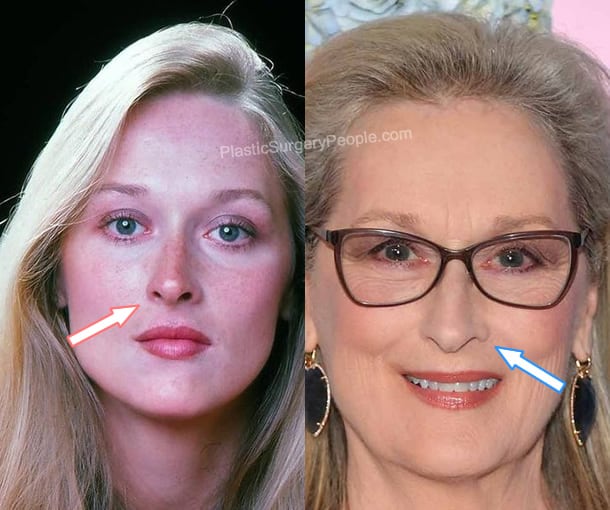 Meryl’s nose is slightly crooked towards her right.

This unique feature has not changed so I don’t think she had a nose job.

What about Meryl’s teeth? 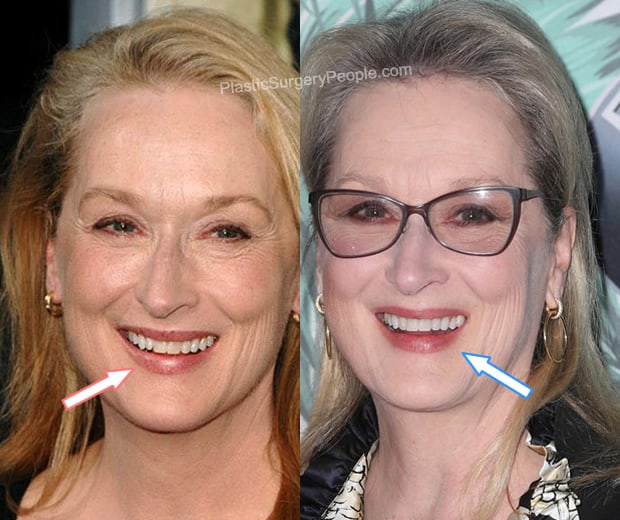 I know Meryl has worn fake teeth before during her performance in Big Little Lies.

But in terms of her real teeth, all I see is yellow stains, which seem to have been treated with a whitening procedure.

Other than that, nothing.

Let’s see how Meryl has changed over the years.

Looks like the actress started wearing glasses at a young age.

Meryl as a teenager

She looked like a shy girl during her teen.

That vintage hairdo really suited her though.

What a pretty girl!

Meryl started acting in the 70s and so far, everything about her face looks natural to me.

The actress became more well known in the 80s and rightfully so.

I can’t believe this woman is in her 40s and there are no signs of cosmetic enhancements either.

Meryl changed her look with this hair black and I like it.

At 51, the actress has clearly done an amazing job in terms of her skin. You can hardly see any lines or wrinkles.

Without fancy clothing and make up, Meryl looks just as elegant.

Okay, I’m starting to see prominent smile lines here and in case you didn’t know, she is over 60 years of age.

Her crows feet has become more visible too.

One thing I have noticed about Meryl is that she has always stayed in shape. But I doubt she’s ever had any work done to her body.

I thought Meryl might have gotten some fillers for this movie. Her face looks a bit stretched.

So I have my doubts when it comes to her opinion on cosmetic surgery. At the end of the day, every woman wants to stay youthful.

Whether she did or not, I’ll let you decide.