Skip to content
Home » Lana Del Rey: Before and After 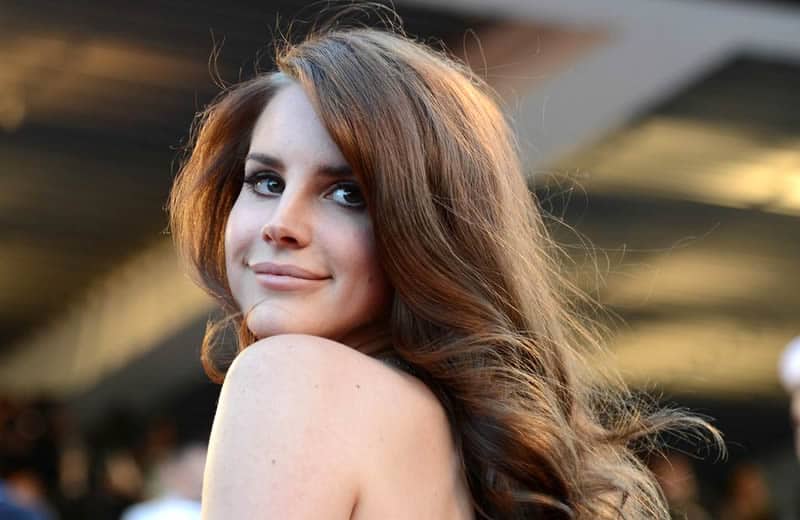 Lana Del Rey, whose real name is Elizabeth Woolridge Grant, did a complete makeover of her career while she was trying to make it in the music scene in New York. From an unimpressive Lizzy Grant, to her stage identity May Jailer, who did not achieve fame and success, she changed her name and her image to the eccentric and sassy Lana Del Rey.

Lana’s new image is a far cry from Grant’s or May’s in that she was willing to be bold and experimental to suit her brand of music. Her beautiful face and hot body suddenly gained a lot of eyeballs too, leading to speculations about her having plastic surgeries.

When her music video with an attractive concept, titled “Video Games,” went viral online, Lana received immense praises for its authenticity. She was the toast of the indie scene.

However, the perception about her changed when news came out that she wasn’t a struggling artist with a unique identity, who lived in a trailer park and who didn’t have enough money to buy cereals. She was, in fact, from a family with a very rich father and her rise to fame may not have been organic but orchestrated.

Fans and music lovers started to lose confidence in what’s real or fake about Lana Del Rey. In the same way, people have been talking about her looks and appearance suggesting that she could easily afford any cosmetic procedures with a loaded family.

The story goes that Lana Del Rey was allegedly a nobody pre-plastic surgery but she hit the jackpot after investing a fortune in her transformation. Are there any truth to this? 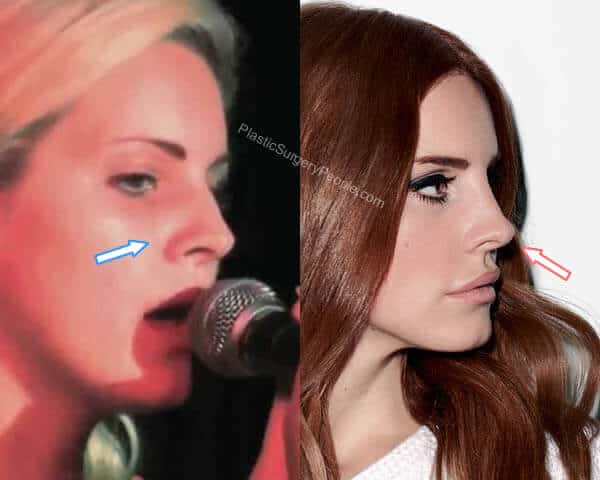 The nose tip also seems to have been upturned a touch and it kind of reminds me of Julia Robert’s nose too. Her face looks more balanced overall so this tells me that Lana most likely had a rhinoplasty to improve her nose shape. I must admit it’s gorgeous. 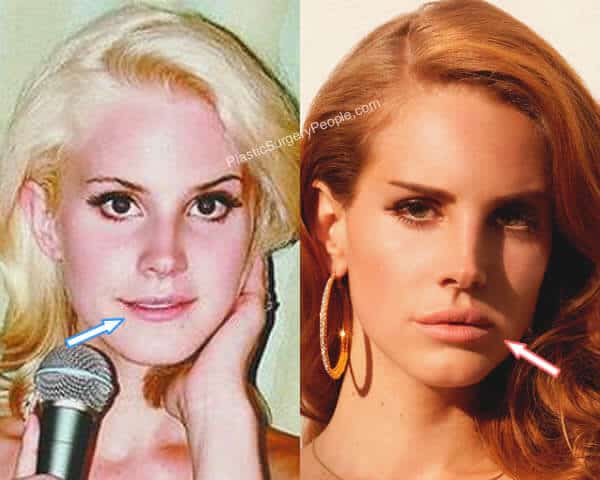 Lana used to have thinner and quite uneven lips as seen in this “before” image. However, she now has a pretty and well-definied pout, which I suspect is due to lip injections. It’s easy to spot the difference because it is quite glaring how pumped her lips are and I doubt lipstick alone is able to achieve this effect.

I am reminded of actress Monica Potter in her “before” shot. There’s a resemblance there and maybe it’s the big round eyes and blonde hair. What do you think?

Did Lana get botox? 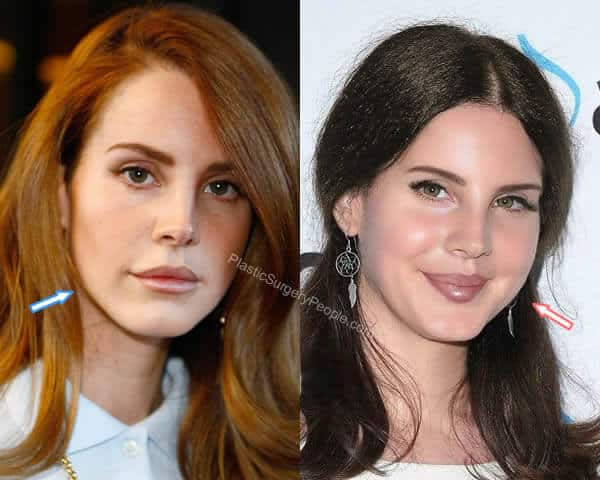 There were rumors Lana had botox which dramatically changed her looks but I don’t think she got fillers at all. I think her weight gain and aging may have changed her appearance, especially the shape of her face.

Nevertheless, Lana De Rey still looks pretty good even with chubbier cheeks. People used to comment that she has such a doll face and I kinda agree with it, whether it’s natural or not or if she’s getting fat or not.

She always had nice teeth 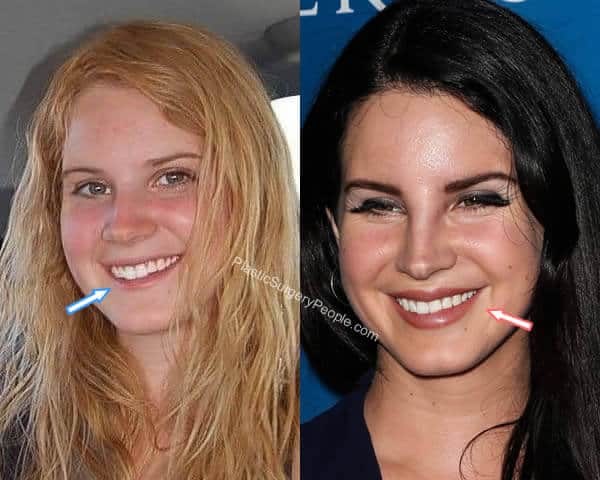 Lana’s teeth were always straight and perfectly-aligned. Even before all the lip injection talks, she already had a lovely smile. So I don’t think she needed any dental correction such as braces or veneers.

I actually love how natural and effortlessly pretty she looks here in this “before” photo. Her face glows because of that smile.

Lana De Ray: Then and Now

Let’s check out Lana’s looks over the years, before she became famous, and see her transformation happen before our eyes.

Her college peers acknowledge that Lana had the best smile in the batch and here’s the proof in their yearbook photo. It’s not quite a clear shot but she still looks radiant.

Lana got into modeling along with her sister for the prestigious Ford Modelling Agency in New York. I quite like the vibe she exuded here. There’s no trace of awkwardness or indifference, like I could easily approach and become friends with her.

Lana recorded an all-acoustic album under the stage name May Jailer. She sung with so much vulnerability in this album with her shaky voice. This photo was the album cover that apparently leaked online. To me, she looks beautiful here with her hair untamed and with no trace of makeup.

Her name would soon become an internet sensation with the release of songs like “Video Games” and “Blue Jeans.” This was the start of her transformation to Lana Del Rey when she dyed her hair to a deep brown but nearly red shade. She also started wearing sophisticated makeup that emphasized her eyes.

Lana dressed up beautifully to the Old Hollywood theme at the “Great Gatsby” premiere in Cannes. She dyed her medium-length hair darker and played up her eyes even more with the eyeliner. This look suited the nude lipstick she had on but I think it emphasized the unevenness of her lips.

She attended the Oscar Party wearing this sparkly white dress. I’m not loving the hair and makeup though because it dialed down the radiance on Lana’s face. I do love it more when Lana smiles as her resting face just looks unappealing. I also think that she started gaining some weight right about this time.

Lana was at the Breakthrough Prize at NASA Ames Research Center, which is like the Oscar’s for science. Despite packing more pounds and looking more rounder, especially around the face, Lana exuded confidence when she gamely posed for the camera. I think she resembles “Twin Peaks” actress Sherilyn Fenn with her darker hair.

Lana Del Rey can be quite polarizing as an artist and for all the observations about her looks, she has never confirmed whether she had cosmetic enhancements.

Based on these photos, however, I think she had minimal beauty changes done on her face, such as a nose job, some fillers on her lips and probably botox. She also likes changing her hairstyle a lot and enhancing her facial contour with eye makeup. Take away those elaborate eyeliners and she’ll look completely different to me.

I think these enhancements are normal in the entertainment business, if not necessary, when she has to be in the limelight a lot. If these rumors are true, then I’d say good for her for not going overboard and she has her cosmetic surgeon to thank for, although she was born with most of it.