Skip to content
Home » Ivanka Trump: Before and After 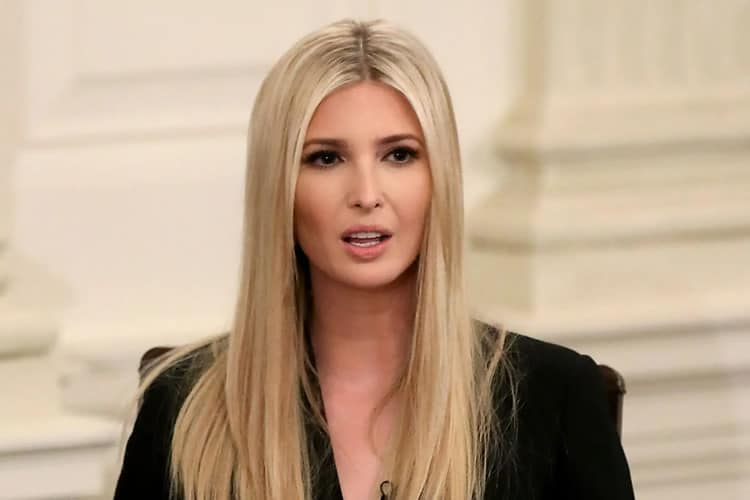 Ivanka Trump is arguably one of the most beautiful women in America.

Growing up as the daughter of a billionaire, she can “easily” afford any plastic surgery to improve her looks.

But the question is, did she?

We will start by comparing her pictures below. I hope you’re ready for this.

Did Ivanka Trump get lip fillers? 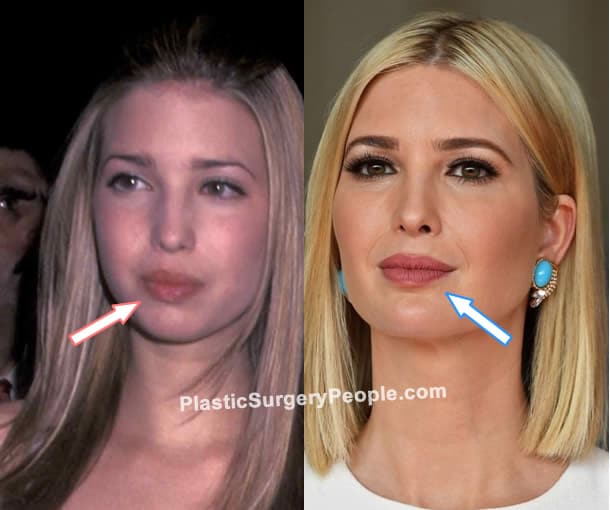 She doesn’t need lip injections and has never been the type of woman who’s into pouty looks. I have never seen it.

Has Ivanka Trump had a nose job? 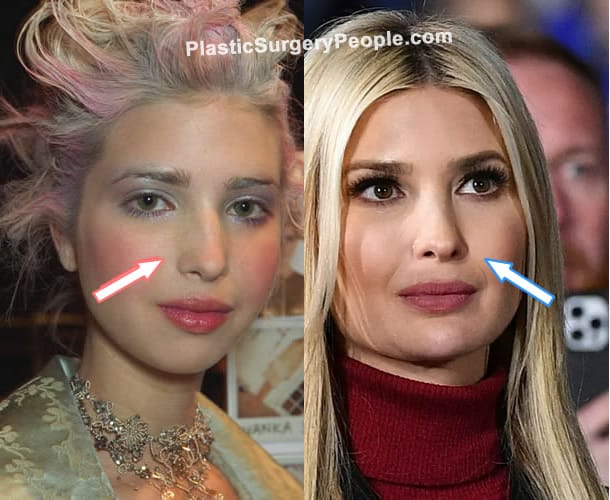 I’m not going to sugarcoat this.

From this angle, Ivanka’s nose looks very different. In fact, her entire nose shape has changed and it looks a lot better.

She used to have a higher nose bridge with a small hump at the center. That area has been trimmed down. Her nose tip is looking more defined too.

So, I think Ivanka might have gotten a nose job. What about you?

Did Ivanka Trump have chin reduction? 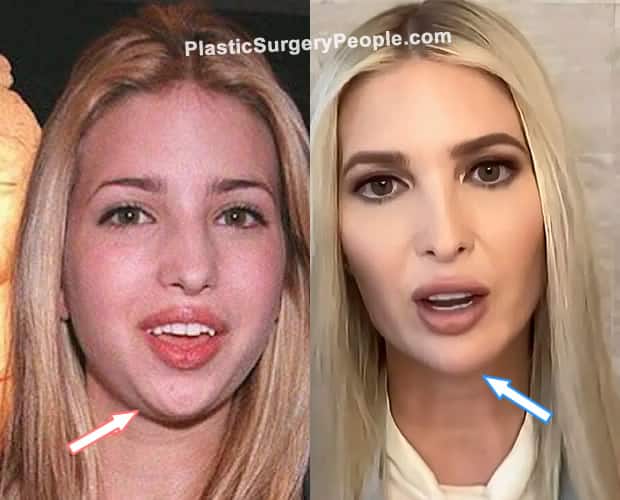 Under a similar facial expression, Ivanka’s chin looks identical to me. Her jawline may look a bit different but that’s due to her baby fat.

Nothing was reduced or reshaped.

Does Ivanka Trump have breast implants? 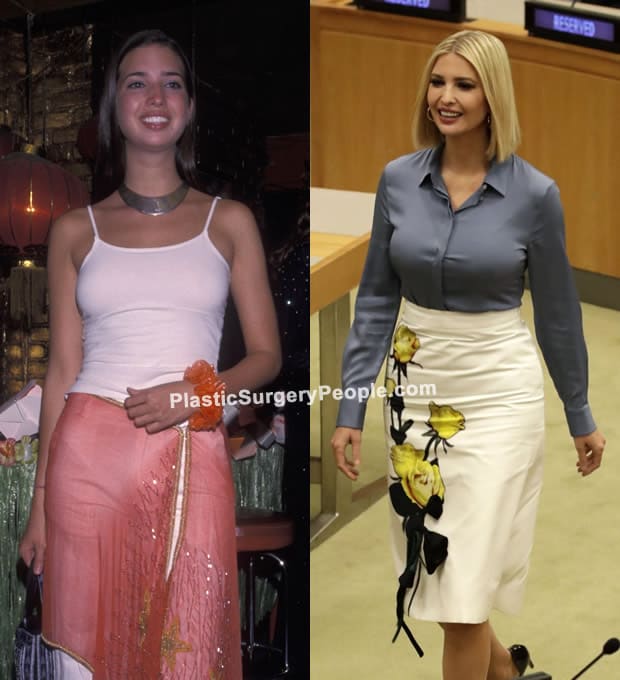 On the left, we have 19-year-old Ivanka who was at a legal age to get a boob job. But her bust size appears to be real and natural back then.

Today, her breasts are much larger and they don’t seem to change with her body weight.

Did Ivanka Trump have her teeth fixed? 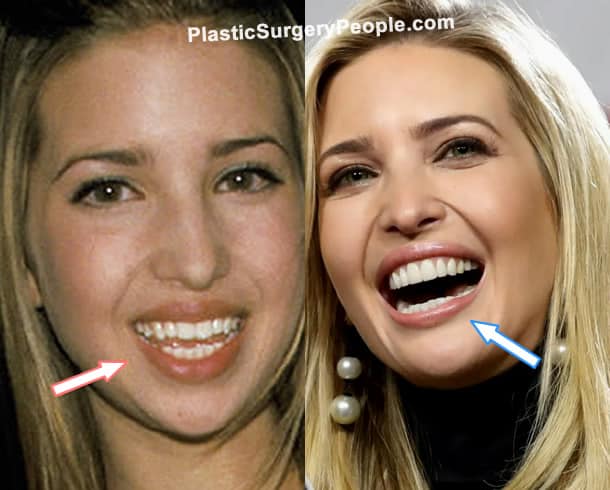 Ivanka had crooked teeth when she was younger and it affected her smile. They were uneven on both the top and bottom rows.

She did get braces but it wasn’t enough to fix it.

I believe Ivanka most likely had porcelain veneers because her teeth looks so much better now. Straight and even.

Ivanka Trump: Then and Now

Want to see Ivanka’s transformation over the years? Take a peek below.

Little Ivanka was 10 and she always had a hand beside her.

1997 was when Ivanka first stepped onto the runway, a year after she made her modeling debut at the age of 14.

She had a bigger nose back then. 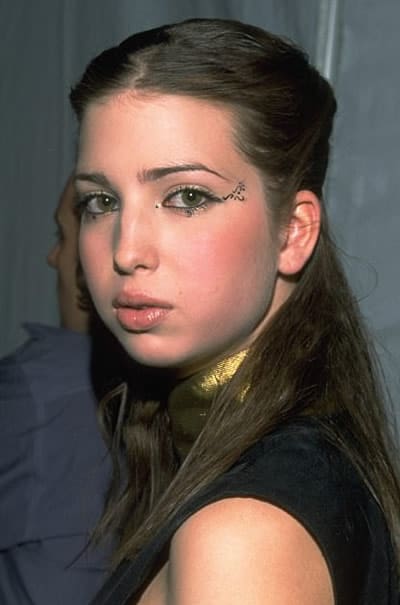 She wasn’t ugly, but I’m sure there were things she wasn’t happy with.

Doesn’t it look slimmer and prettier?

2006 may be the year Ivanka got her breast implants.

She was 24 and often seen in daring outfits showing off her amazing body.

Ivanka got back to shape within a few short months after giving birth to her first child.

There were rumors suggesting she had liposuction but I don’t believe it.

Since working for the Trump office, Ivanka has completely shut down her curves in public.

She truly is the definition of beautiful and smart.

As a 40-year-old mother of three, Ivanka is showing no signs of aging.

I don’t think she’s had botox yet but there is no wrinkle on her face!’

I won’t sit here and pretend nothing has happened.

Our goal was to find out if Ivanka had cosmetic surgery and everything is pointing to a “yes”. Or let’s just say….a very high chance.

But as always, we will let you decide for yourself.