Skip to content
Home » Has Sofia Vergara Had Plastic Surgery? 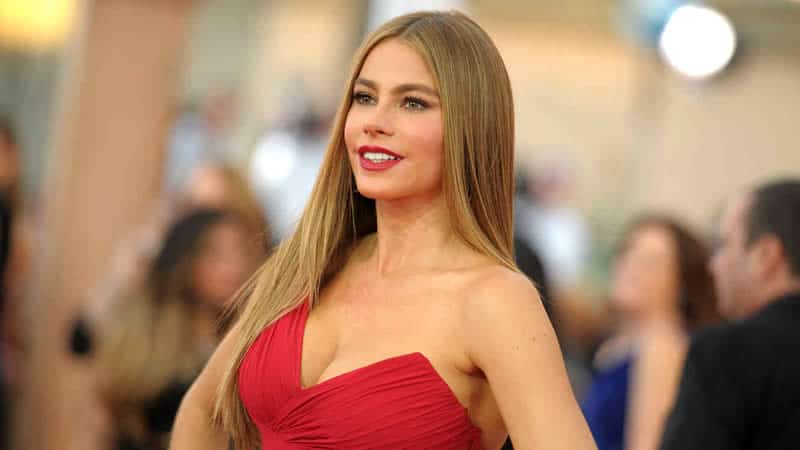 How does Sofia Vergara look so gorgeous at the age of 48?

Her face is glowing and please don’t get me started on her body. Ever since Sofia stepped foot in Hollywood, people have linked her with plastic surgery.

Most fingers were being pointed to her upper body, of course.

How can we blame them though?

To get to the bottom of it, we have compared and analyzed many of her pictures. See them for yourself.

Did Sofia Vergara have botox? 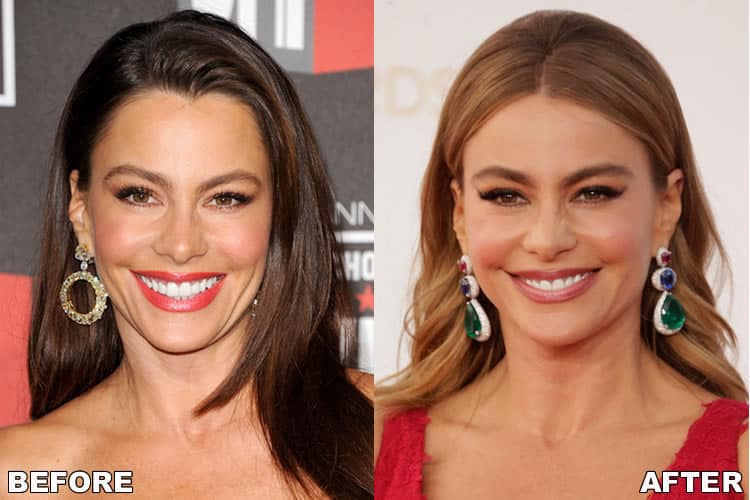 If you are approaching 50 like Sofia, I’m sure you would consider botox too.

In saying that, she has gained some meat around her face cheeks and sometimes this can look like fillers. You can definitely see those laugh lines disappearing compared to when she was younger.

Now, whether this is fat or botox injection, I’ll let you decide.

Has Sofia had a boob job? 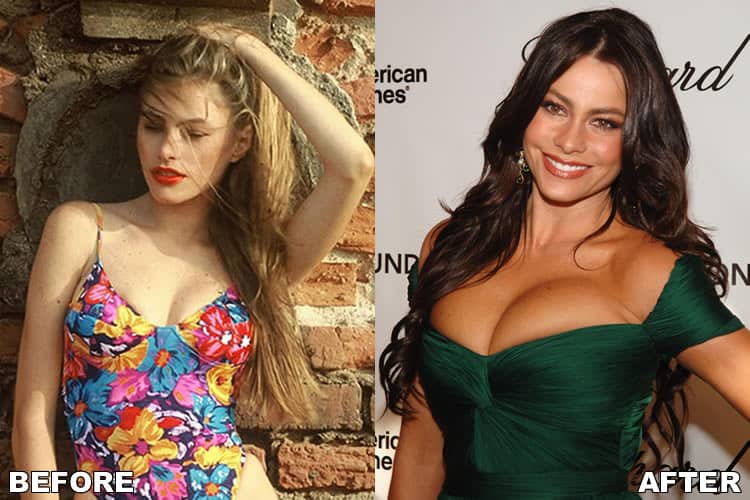 This is how much I thought Sofia’s breast size has increased when I first compared these pictures. They were obviously taken years apart too.

While it is true that her breasts appear bigger nowadays, they don’t look like implants to me. I think it has to do with the way she dresses and this lady has the size to really “push” it if she wants to.

Other times, she is just letting gravity do its thing.

Even if Sofia did get a procedure, it will be some type of fat injection rather than silicones since her cleavage looks very natural.

Did Sofia get a butt lift? 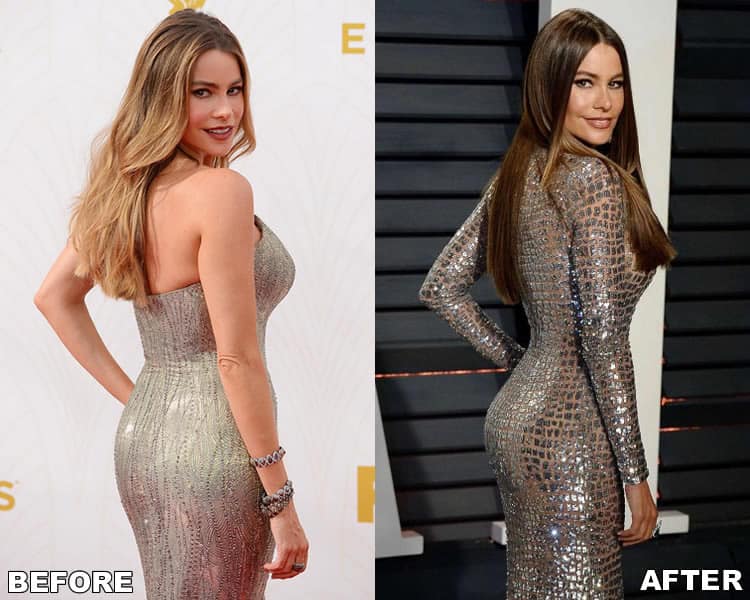 Not sure if it’s the dress, but you can definitely some differences in her butt shape here.

In terms of her overall body, I think she has toned a lot. This is probably due to all the workouts that she’s been doing.

I can’t see anything unnatural. 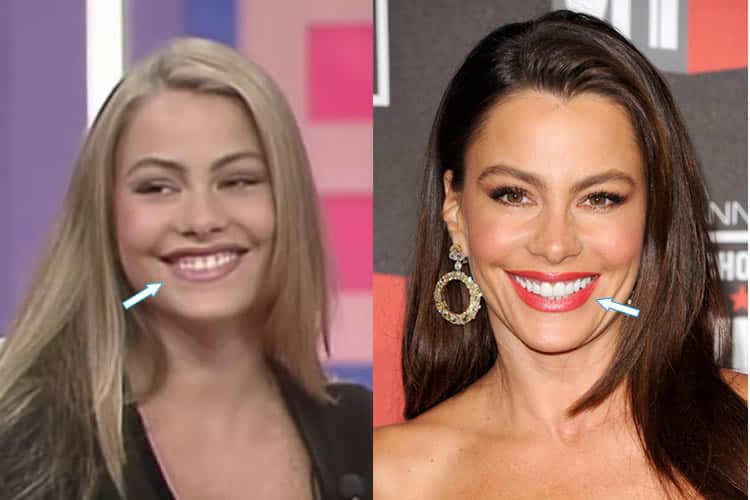 Even Sofia might’ve had some dental work done when she was younger. Her teeth looked kind of small before and her gumline was very visible too. Therefore, it is likely that she’s had a gum contouring procedure to fix that.

Teeth whitening is also a certainty given how sparkling white her teeth are. But if you compare the size of them before and now, I’d say she probably has veneers too.

Sofia Vergara: Then and Now

Let’s take a look at her transformation over the years. 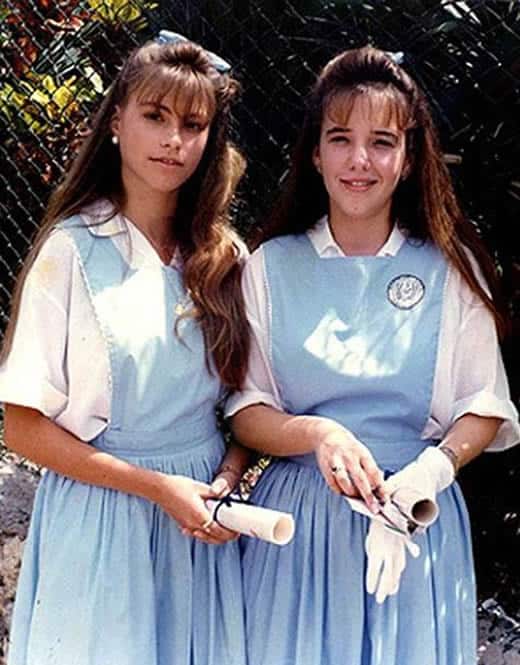 Here is a rare photo of Sofia when she was at her sweet 16. This was taken with a friend while they studied at the Marymount International School in Barranquilla.

With long hair and no makeup, Sofia is looking so innocent in her school uniform. She is also naturally gifted with a beautiful chin and sharp jawline.

Sofia made her first TV appearance in a 1989 Pepsi commercial that was aired in Latin America. She was 17 years old then and already has an amazing body. 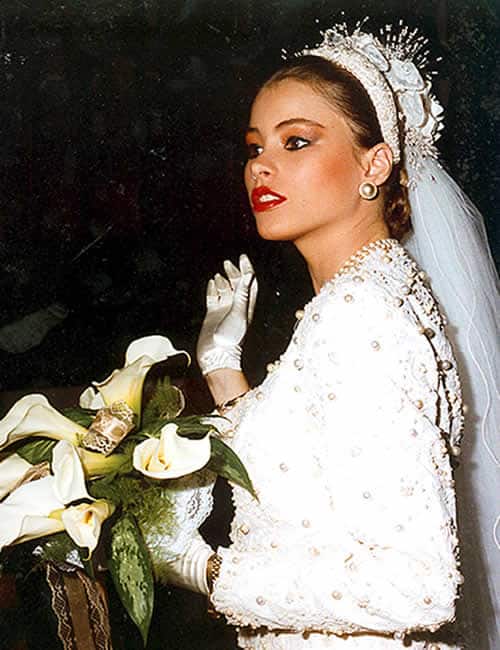 This may come as a shock but Sofia got married at just 18 years old to her high school sweetheart, Joe Gonzalez.

One thing that stood out for me in this picture is her pointy nose. It stayed the same all these years, so if anyone thinks that she had a nose job, this picture proves not! 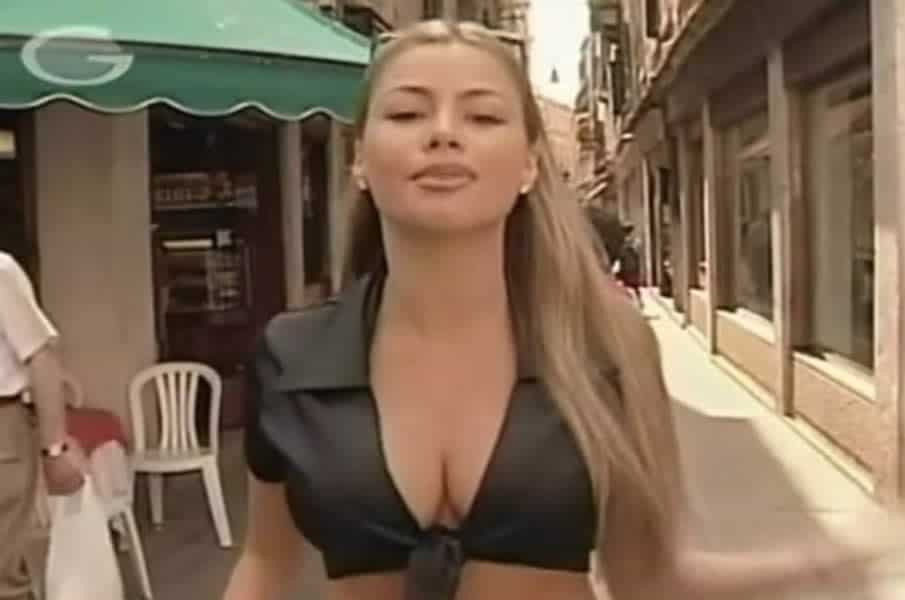 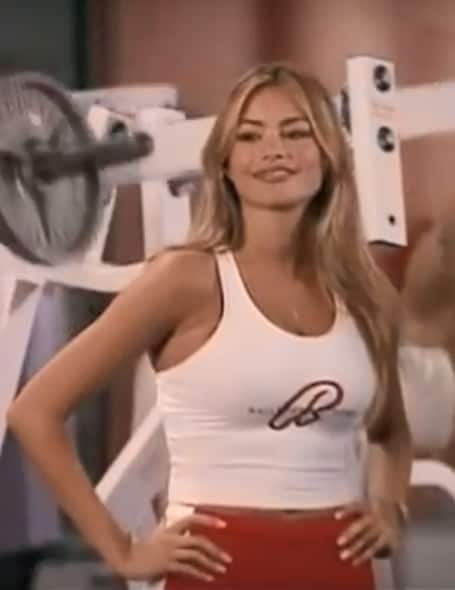 Many people didn’t know this, but Sofia appeared for a few seconds in one of the episodes of Baywatch (Season 9, EP14).

Sofia seemed to have gained some weight here and as a result, her thighs and bust size have increased. Her body proportion is excellent though but she better watch her diet or liposuction won’t be out of the question.

Sofia really “pushed it” in this deep V green dress.

This was the year Sofia tried to steal Gargamel’s beauty secret in the hit movie, The Smurfs. It seems like she has succeeded too because she looks AMAZING! 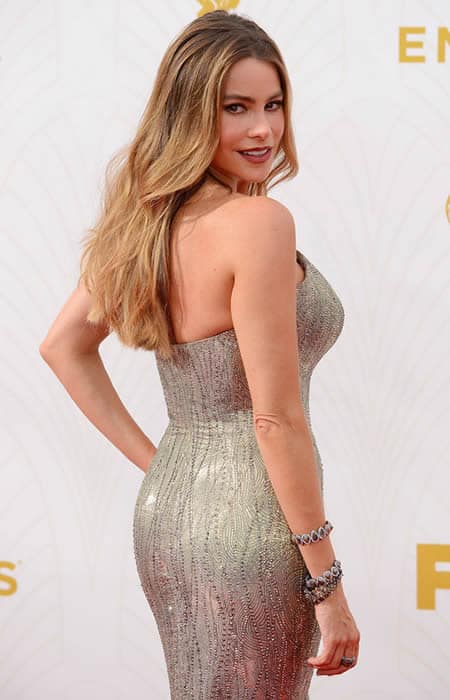 At age 43, I honestly think she has gained some weight here. Even her buttocks looked bigger too, right?

Does Sofia’s face look frozen to you?

Maybe I’m thinking too much…