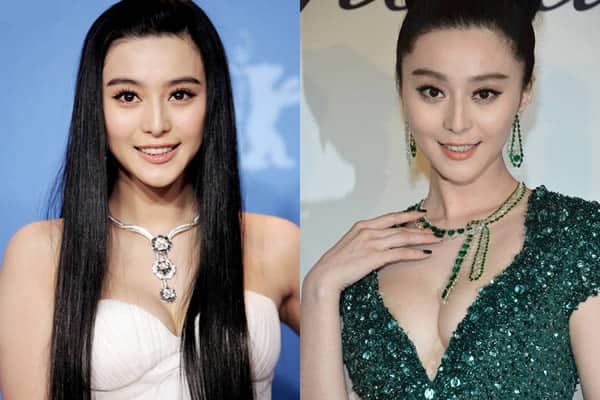 As a celebrity in China, you’re sure to face a lot of dramas, opinions, and criticisms. Even an international artist such as Fan Bingbing is never immune to judgment.

Remember, we are talking about being in the spotlight of 1.3 billion people.

That’s a lot of eyesights…and without a doubt, Fan Bing Bing has heard every rumor you can think of. Chinese paparazzi would have been working overtime to find news stories that they could stir up the nation with, such as signs of Fan Bingbing plastic surgery, a subject that we care so deeply about.

Up until now, there has been no concrete evidence suggesting that the 36-year-old Chinese movie star has had any procedures done, although she was caught in Taiwan for visiting a cosmetic surgeon clinic back in 2015.

However, she’s denied any fake doings via her weibo (China social media) and even posted photos of herself without makeup, clarifying that she was only there for a laser skin treatment to purify her skin after a friend’s recommendation. 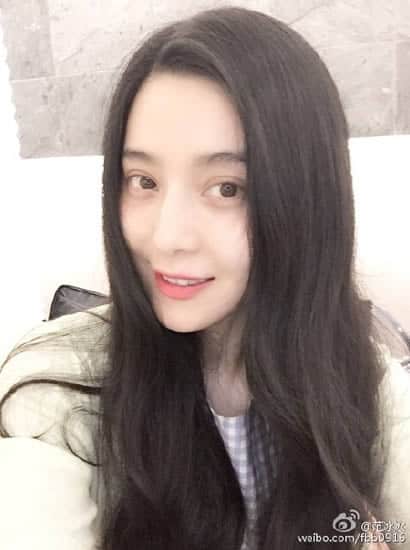 Has she had a double eyelid surgery? 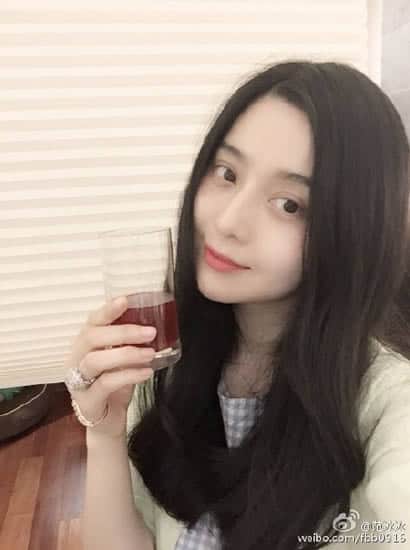 She still looks beautiful without makeup

The only problem is…she told a reporter outside the clinic that the laser treatment was for freckles or pigmentation spots removal. Now she claimed that it was to give her fairer skin??

According to Asian Pop News, a netizen who claimed to be a staff from the clinic said that Bingbing was there to undergo an Ultrasound Lipolysis, a non-invasive treatment to remove fat deposits to improve body shape.

The allegation was denied by both Fan Bingbing and her manager.

So the question that many fans want to know is….has Fan Bingbing ever had plastic surgery? In order to find out the answer, we went through some of her earlier and present photos. This is what we found…

She was born with a gorgeous face shape 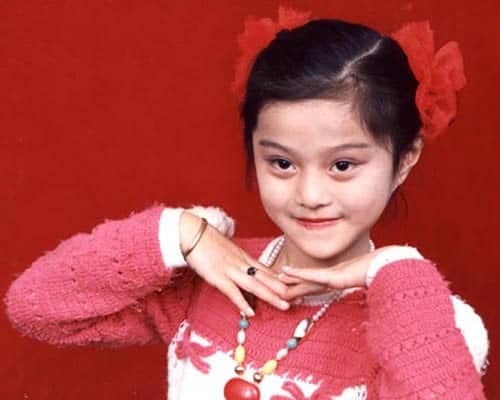 Ever since she was young, Bingbing has always had a V-shaped chin that most woman would kill to have. She also had a rather visible double eyelid, so this should be evidence to dismiss any claims of a blepharoplasty. 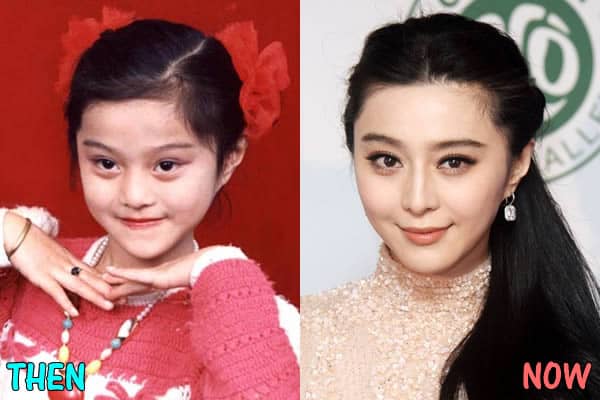 Fan Bingbing’s face shape has literally remained the same. Although she had rather chubby cheeks and a flatter nose, those features can change dramatically as she grows up.

How she looked during her teens 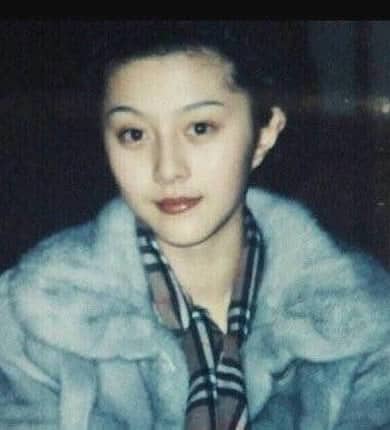 Her face has slimmed down and the jawline is becoming more visible to when she was a kid. The nose bridge has also grown and her eyes have developed into the shape that we’re so used to. 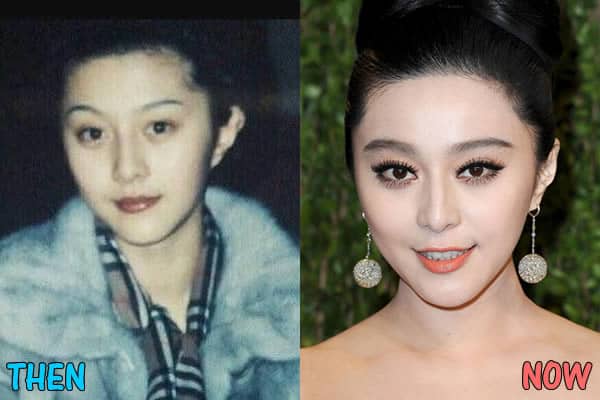 She really hasn’t change much.

Makeup aside, everything about her remains almost unchanged. From her nasal bridge, her lips to the shape of her mouth, everything appears to be identical. The only thing we’ve spotted is her ears, particularly her outer rim cartilage. Although very minimal…but could this be otoplasty such as ear pinning? 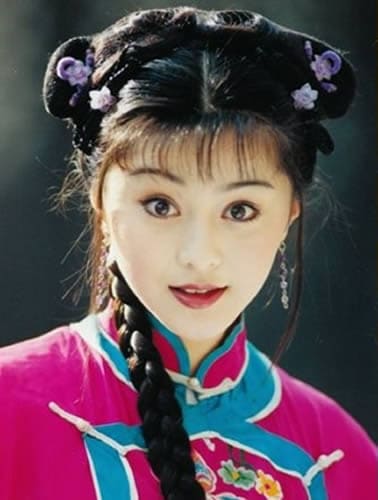 They used to call her triangle face with big eyes.

This was when Fan Bingbing starred in a TV hit drama, My Fair Princess, back in the late 1990s. This was the time her name first became well known. She had a very fresh face back then and you can clearly see the baby fat on her cheeks. 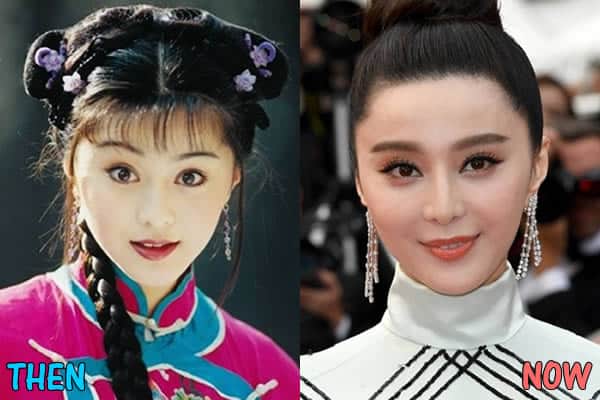 Before and after she became a worldwide superstar.

On the right, you’ll see the latest photo of her attending the 2017 movie premiere of ‘The Double Lover’ at the Cannes Film Festival. If anything, Fan Bingbing has gained some weight back on her face. There are no signs of Botox use or facelift and literally, everything on her face matches her earlier photo.

What about her body?

Even though her breasts appeared to have been pushed up, but you can tell that she had a reasonable boob size for a Chinese, especially for someone with her height. Judging from her right cleavage (right photo), it appears to be natural and we cannot see any evidence of breast implants from these photos.

There’s a reason why Fan Bingbing has been named the most beautiful woman in China, if not entire Asia. She is just drop dead gorgeous and the classic definition of pure beauty.

After going through her before and after photos, we honestly couldn’t find any evidence indicating that she’s had plastic surgeries of any kind. If there were, then she must have had really subtle ones, procedures that are so subtle that it’s probably not worth going to a surgeon for.

In saying that, even if she did…we don’t really care, because she just looks damn good!