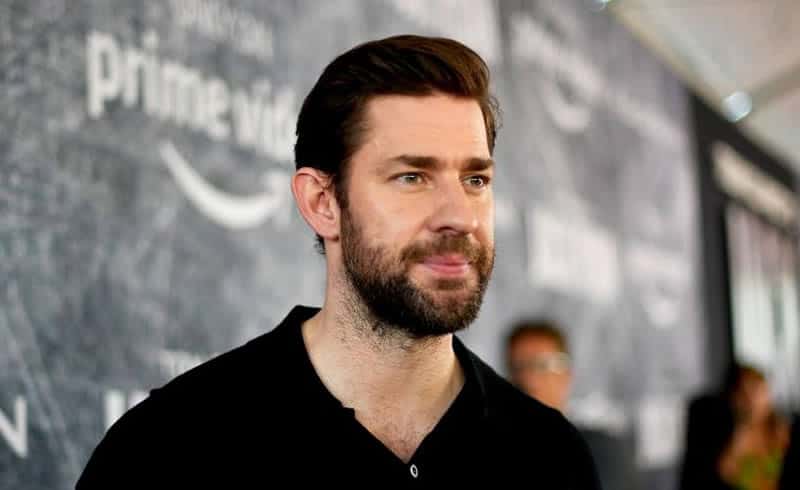 A number of readers emailed our team asking us to do a post on John Krasinski’s nose.

This couldn’t have come at a better time as we have also been wondering if this distinctive feature of his is real or fake.

Let’s be honest here, this guy has a big nose (we are NOT talking about his personality!), so we want to know why there are so many plastic surgery rumors surrounding it.

Yes, we’re going to break things down and tear his nose apart for you.

Side By Side Comparison

As you probably know, we love doing before and after comparison photos so the same thing will happen to John here.

See our “exclusive” side by side images below: 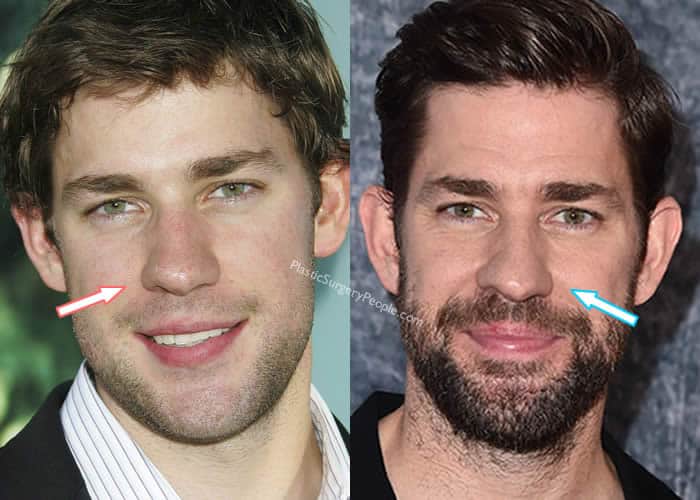 Here, we compared John’s nose from the front view.

It’s obvious that his nose shape hasn’t changed much. Even though his nasal bridge appears to be thinner than his younger days, but judging from the overall shape, it simply isn’t enough to prove that a nose job took place.

In other words, if this was the work by his plastic surgeon, we dare say it was a complete waste of money! 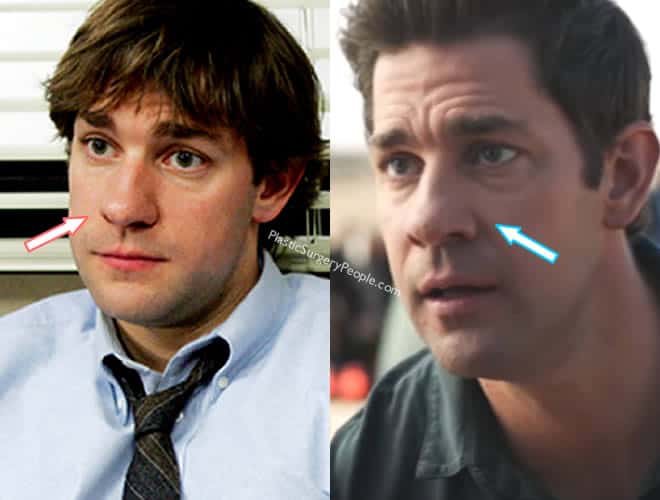 The picture on the top left was taken back in 2005 when John starred in the NBC sitcom “The Office”.

From this angle, his bulbous nose had nowhere to hide.

Now compare that to the 2018 photo (top right), it clearly matched his large nose tip.

So, nothing suspicious that we could see!

How about his young nose? 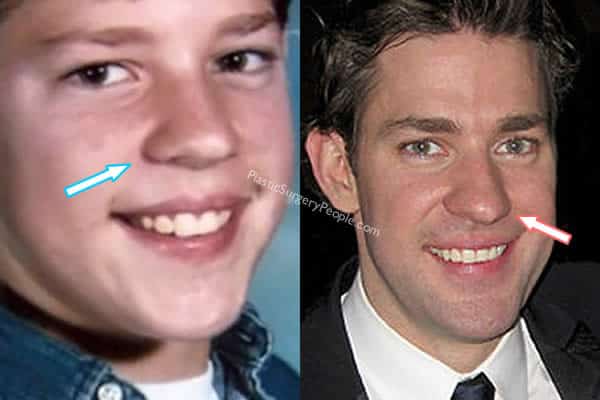 Ok, we know some of you are still not convinced with our analysis.

So we have turned back the clock to show you what John Krasinski’s nose look like when he was young, way before he became famous.

Although the photos aren’t very clear, you can tell that his nose structure has remained the same.

Now that we got his nose out of the way, we wanted to see if Johan had gotten any other enhancements. 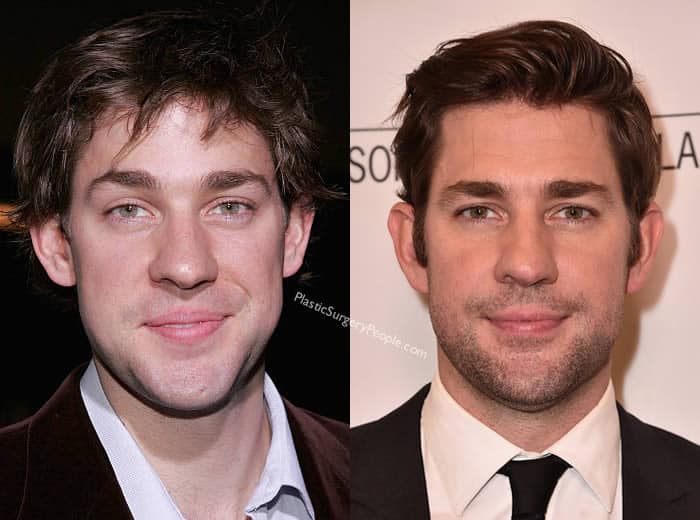 We couldn’t find anything suspicious!

There were no signs of a facelift, no chin implant, and not even botox!

Sure, he might have trimmed his eyebrows, grew a beard, and gained a few lines and wrinkles here and there. But that’s about it.

Did John have a hair transplant? 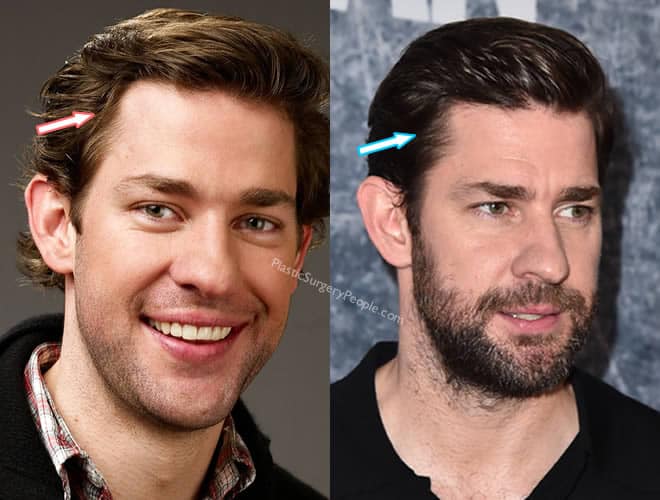 Yes, we went as far as checking his hair too.

And that’s when we noticed that John may have experienced a receding hairline at one stage.

Looking at the top left photo, his hairline was higher, especially around the corner. Perhaps he caught it early because in the after photo, the hair loss problem seems to have been corrected.

To be fair, he’s not bald or anything but this was an interesting find.

You may not expect this.

But apart from his hair, I couldn’t find any evidence of cosmetic surgery. So it looks like John is simply a man who lets nature take its own course.

At least for now.