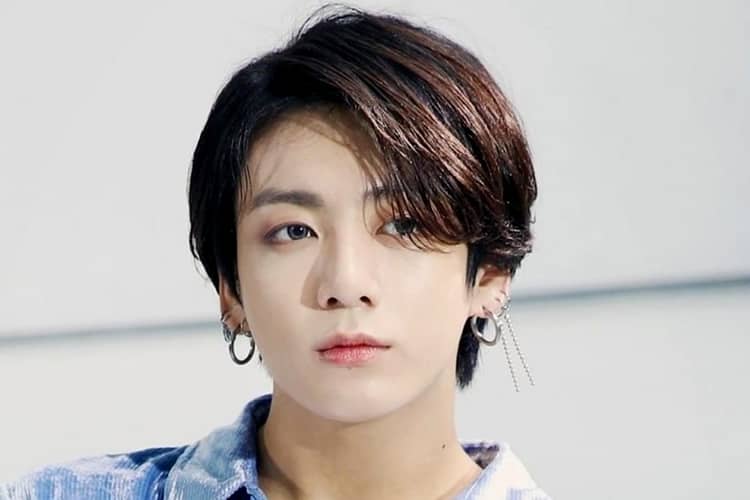 As one of the best looking members of South Korean boy band BTS, Jungkook is no stranger to plastic surgery allegations.

Some fans believe the singer had his eyes, nose and jaws done.

However, I’m not convinced since he often wears makeup.

I need to do some comparisons first.

Did Jungkook get double eyelids? 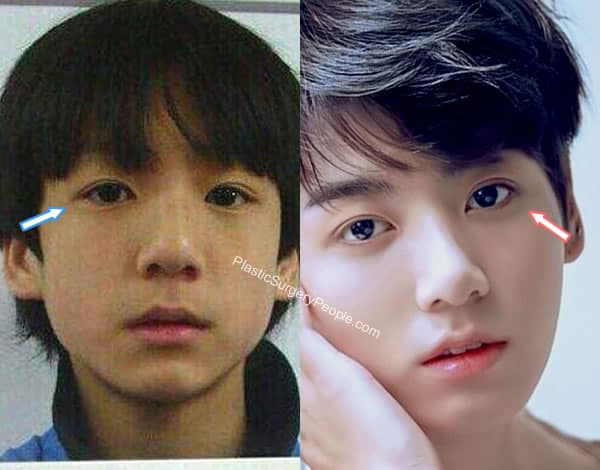 Asian stars are often speculated to get eyelid surgery because it makes their eyes look bigger and more attractive.

But I don’t think Jungkook got this procedure.

His eyes didn’t change much growing up. I can see his double eyelids clearly even when he was a child so this came naturally.

Has Jungkook had a nose job? 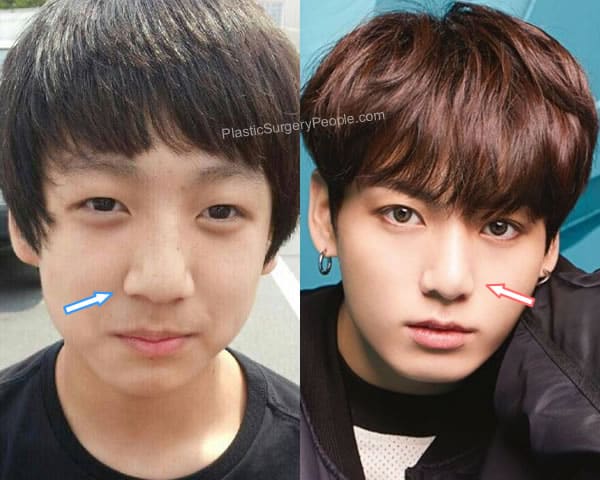 If you look closely, both of his nose shape looks quite similar here. Although he did have a bigger nose as a child, I put that down to baby fat.

His slightly slimmer nose today is most likely due to maturity. As a performer, I’m sure his makeup artist has a few tricks to enhance it too.

Did Jungkook have face surgery? 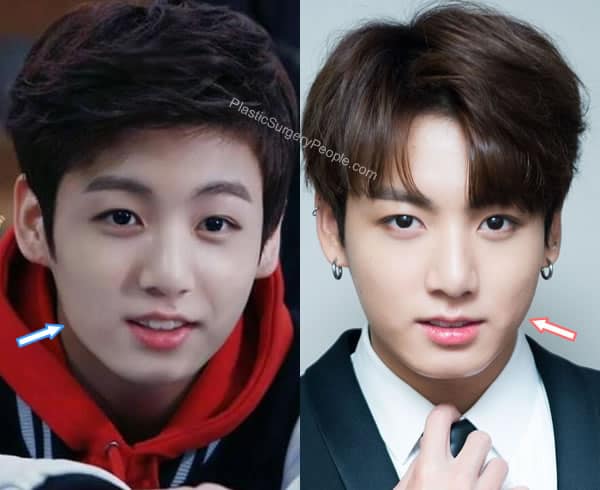 There is nothing unusual happening to Jungkook’s face.

Both of his chin and jawline looks identical here.

His face shape is not bad to be honest so I don’t see why he needs change it.

Did Jungkook have his teeth fixed? 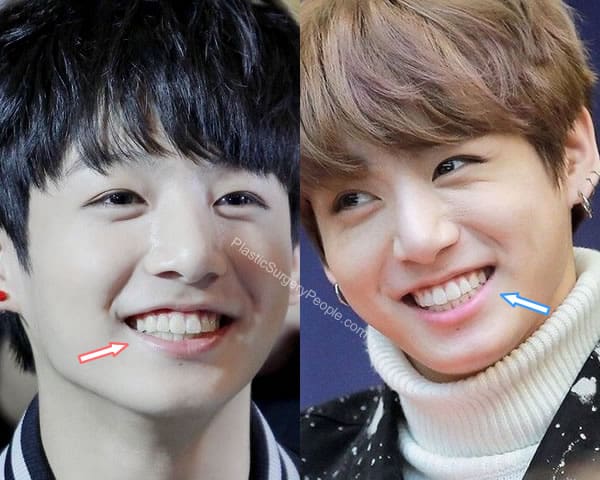 There are reports saying Jungkook had braces in 2018 to fix his bunny teeth. Personally, I don’t think it was that bad but it does give him a flawless smile today.

Not many people knew about it because he was using clear braces at the time.

Let’s see how Jungkook has changed over the years.

As a little boy, Jungkook was already good-looking.

Jungkook wasn’t exactly a standout in school but he wasn’t awkward-looking either.

Before his debut, Jungkook got dance training in Los Angeles and he was quite handsome.

This is the face of a boy ready for stardom.

Jungkook debuted on BTS this year with the release of the single “2 Cook 4 Skool.”

He sported a trendy hairstyle and single earring. It’s easy to see why girls swoon when they see him.

To some people, this new “earrings on both ears” look might be too feminine but I think it looks quite cool.

I can see his eyeliner but did he have pink lipstick on too?

Those rounded eyeglasses really suited his face shape. This boy has a good stylist on his team!

There is a cosplay feel to his blue highlights. I wonder what character he was trying to be?

The Korean star has completely changed his look with a new side parted hairstyle.

I almost couldn’t recognize him.

Despite what has been said about Jungkook’s appearance, I think he is a naturally handsome guy.

There is simply no evidence of cosmetic surgery. His transformation appears to be a natural process and has only been enhanced with hair and makeup.