Fitness model and Instagram star Ana Cheri Garcia is from California and has Hispanic and Native American roots. With her standout looks and oozing appeal, she quickly landed jobs as a model and has appeared on posters, calendars, and magazines.

Since her beauty is her investment as a model, it’s not surprising that this rising star has been the subject of constant plastic surgery speculations.

Some of her followers speculated that Ana had augmentations on her breasts and butt. Others believe she had work done on her face also. To be fair, she really is a sweet-looking girl with an amazing body.

The model, however, has never addressed those alleged rumors and instead poured her focus on modeling work and becoming a health and fitness guru.

Ana’s Before and After Photos

Married to fitness instructor Ben Moreland, Ana often shares how she keeps her body fit and healthy through exercise. She even wrote an ebook that carefully detailed a fitness program.

But, is her appearance the result of hard work and discipline, or did she get help from plastic surgeons? Let’s do some analysis together.

Did Ana Cheri Have Nose Job?

Let’s start with her facial features. It’s obvious that Ana’s nose has the perfect shape and size. If you ask me, I think it matches her eyes and face shape really well. It looks really cute too.

I’m not sure where all the nose job noise came from but looking at the above comparison pictures. There isn’t much difference to the overall contour. Sure, her nasal bridge appears thinner but that can easily be manipulated with the right makeup.

Has Cheri Had Lip Fillers?

Lip injection seems to be all the “rage” among Instagram models these days (Thanks Kylie!). So has Ana taken up the trend?

From what I can see, Ana’s bottom lip look identical in both images. Her top lip, however, appears to be a little plumper so I wouldn’t be surprised if she experimented with some fillers there. If true, it definitely lifted her mouth shape in an alluring way.

Does Ana Have Breast Implants?

Ana’s boobs have always been a major talking point within her social media community. Her followers have been battling whether her breasts are real or fake.

From what I can see, her chest definitely wasn’t as busty as it is today. Based on her cleavage, it seems like she has gone up at least a cup size. Now whether this is a boob job or not, the model has never publicly admitted it.

So, I’ll let you decide if those are implants in there.

Did Ana Get Butt Augmentation?

As a Latina, it’s possible for Ana to have wider hips and a bigger bum size naturally. So has she ever had cosmetic surgery on her butt?

Looking at the before and after pictures above, it appears her buttock did increase in size. However, her thighs also look bigger at the same time.

So if you ask me, I doubt this was the result of a butt lift, injection or whatever. Ana’s butt looks quite firm so I think it’s pure muscle gained from her fitness workouts.

Has Ana always looked this hot? Let’s see how her face and body have changed over the years. This should give us a clearer perspective if plastic surgeries took place.

Appearing in a photoshoot for a car magazine early in her career, Ana already had a very nice and proportional body with long legs that suited any types of modeling jobs. Notice the tattoo near her feet?

Here is a photo of Cheri working as a lingerie model. She clearly had a smaller bust and bra size here. For some reason, her nose looks different too. Maybe it’s the camera angle or the black hair playing tricks with my eyes.

She didn’t have rhinoplasty, right?

Ana shares one of her first pics on Instagram. She looks so pretty wearing those glasses. With minimal makeup, you can tell that this model is a natural beauty.

Ana triggered rumors of breast implants after she posted photos like this online. Dressed as an anime character, Sailor Jupiter, the costume showed off her cleavage and bigger breasts which some fans agreed was the result of a breast enlargement procedure.

I love her hairstyle and the highlights here as it complimented her glowing skin so well.

Getting on with fitness, Ana launched a workout and diet ebook this year. She said she trains regularly at the gym to maintain her hot body shape. Just look at those muscles and abs. This is definitely not the result of liposuction and muscular implants, but hours and hours of sweat.

She reportedly opened a new gym with her hubby, “Be More Athletics” in Santa Ana, California. So if you want to have a great body like Ana, then it might be the place to go!

The gorgeous model shared this photo with visibly plumped lips. This had her followers debating whether she underwent lip injections as they literally became thicker overnight.

I couldn’t help but noticed her impeccably shaped brows too. Are those the courtesy of makeup or did she get eyebrow tattoo?

This was the year Ana launched her clothing and swimwear brand. Looks like she won’t have a problem finding a model to represent her line. Those hip-hugging shorts featured her shapely bottom and thighs really nicely.

At 32 years old, Ana looks like she hasn’t aged a day despite wearing a lot of makeup for work. So what’s her anti-aging secret?

Apparently, she goes to California Cosmetics for regular facial treatments.  And while she has a skincare regimen, I wonder if she’s ever gotten botox to combat wrinkles.

Not sure if you notice but Ana seems to have gained a few pounds here. Perhaps she’s been slacking off on her training? It’ll be interesting to see if she’ll try liposuction in the near future.

Just another day at the office for our Instagram model posing with her latest activewear. She’s obviously put a lot of hard work into that body and that’s why they look amazing on her. 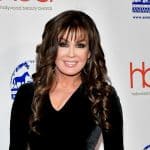 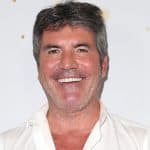 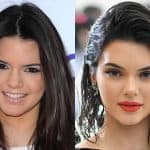 PSP Team - December 18, 2017 0
With over 85 million Instagram followers on board, Kendall Jenner is no fluke when it comes to success and fame. She is a true...